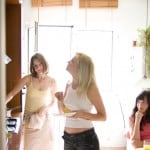 Landlords with properties near Cornell University are complaining that excessive student drinking is worse this year than in the past.  They told a campus newspaper that the University’s administration should step up and do something about this rise in substance abuse.

A local city council member agrees with the landlords that drinking is precipitating other destructive behaviors, including vandalism and fires, and while university officials have proposed measures to reduce these crimes on campus, they do little to prevent it from moving into off-campus housing.

One landlord suggested holding up a student’s degree if they are involved in such disorderly behavior while enrolled.

It’s not just college students causing these problems. Many resort areas, where short-term or summer vacation rentals are popular, have the same issues–rowdy behavior spurred on by excessive drinking, tenants who lack empathy for the neighbors, and police departments with personnel and budget shortfalls that can’t keep up with the complaints.

Whether the problems arise in single-family rentals, in “family-friendly” neighborhoods, downtown lofts or student housing, municipalities straining under red-lined budgets are dealing with the issues the same way–by targeting the landlords.

A now common strategy is the “three-strikes” approach. If the police are called to a rental property three times in a year, the landlord is fined. A party on New Year’s Eve, St. Patrick’s Day and July 4th will put a landlord over the threshold.

Under these local rules, fines may occur even if no police action is taken, and no tenants are arrested.

One town requires landlords to evict the tenants after any incident, regardless of whether a police report is filed or criminal behavior is proven.

Another common approach is to deem the house a “nuisance” under the zoning laws–an option that favors landlords who have nuisance or crime prohibitions in their lease. Other towns have opted to humiliate landlords by posting placards on “party houses” that remain on the property for a set period of time, or until the tenant leaves.

Fair or not, the burden is on landlords to police their properties and prevent drunken, disorderly behaviors. But how?

Choosing tenants wisely is the first step. Take your time. It’s far less expensive to have a vacancy than to pay to evict the wrong tenant.

Make it clear to new prospects that there are rules regarding noise and gatherings that will apply to everyone–tenants and guests alike, and that violation of these rules will result in eviction.

Beef up your lease agreement so that it tracks any new, local rules regarding disorderly tenants, and provides for the right to evict for this disorderly conduct. The definitions may depend on the type of property, but should encompass noise restrictions or curfews–indoors or outdoors, damage or destruction of property, disorderly guests, and parking problems. Reserve the right to evict at the landlord’s discretion, not only if there’s a conviction or if an actual crime is committed.

Send out an email or post a notice near traditional drinking holidays–like New Year’s Eve, reminding tenants of the rules.

Make sure you can document any incident so that you can prove your right to an eviction in court — statements from police, neighbors or other tenants. Consider video cameras in common areas or parking lots where disruptive tenants may congregate.

Unfortunately, while the responsibility for enforcement of these rules rests with landlords, the ability to evict a tenant does not. Instead, that rests with the local judges who hear eviction cases. If a judge puts a landlord through the paces and defends the tenant, there’s precious little a landlord can do to avoid property damage or fines. Building a relationship with the local police–and assuring them you are doing all you can, may be the best strategy in that case.