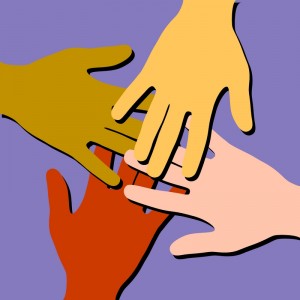 On a single night last January, 633,782 people were homeless in the United States, largely unchanged from the year before.

But the latest national estimate of homelessness from HUD finds that there is hope.

Even during a historic housing and economic downturn, local communities are reporting significant declines in the number of homeless veterans and those experiencing long-term chronic homelessness.

HUDs annual point-in-time estimate seeks to measure the scope of homelessness over the course of one night every January. Based on data reported by more than 3,000 cities and counties, last Januarys estimate reveals a marginal decline in overall homelessness (-0.4%) along with a seven percent drop in homelessness among veterans and those experiencing long-term or chronic homelessness.

This report continues a trend that clearly indicates we are on the right track in the fight to end homelessness among Veterans. While this is encouraging news, we have more work to do and will not be satisfied until no Veteran has to sleep on the street, said Secretary of Veterans Affairs Eric K. Shinseki. What success we have achieved is directly attributable to the strong leadership from the President and hard work by all of our federal, state, and community partners who are committed to ending Veteran homelessness.

During one night in late January of 2012, local planners or Continuums of Care across the nation conducted a one-night count of their sheltered and unsheltered homeless populations. These one-night snapshot counts are then reported to HUD as part of state and local grant applications. While the data reported to HUD does not directly determine the level of a communitys grant funding, these estimates, as well as full-year counts, are crucial in understanding the scope of homelessness and measuring progress in reducing it.

The decline in veteran homelessness in particular is attributed to the close collaboration between HUD and the U.S. Department of Veterans Affairs on a joint program called HUD-VA Supportive Housing (HUD-VASH). Research has demonstrated that for those who have been homeless the longest, often living on our streets for years at a time, permanent supportive housing”housing coupled with supportive services to address mental illness, substance addiction, and other challenges”not only ends homelessness for these vulnerable individuals, but also saves the taxpayer money by interrupting a costly cycle of emergency room visits, detoxes, and even jail terms. To date, HUD-VASH has provided more than 42,000 homeless veterans permanent supportive housing through rental vouchers provided by HUD along with supportive services and case management by VA. The national estimate announced today reveal a particularly large decrease in the number of homeless veterans ” more than 7 percent.

The reductions reported today are also attributed in part to the impact of HUDs $1.5 billion Homeless Prevention and Rapid Re-housing Program (HPRP), a program designed to assist individuals and families confronted by a sudden economic crisis. Funded through the Recovery Act, HPRP spared more 1.3 million persons from homelessness by offering them short-term rent assistance, security and utility deposits, and moving expenses. HPRP”and the SSVF program whose grants VA is announcing today”reflect a Housing First approach inasmuch as it epitomizes the notion that the best interaction a family can have with the emergency response homeless system, such as shelters, is none at all, and if they have to enter the homeless system, the goal of that system should be to get them back into permanent housing as quickly as possible.