Print Friendly
Rent it Right by Janet Portman, Inman News
Q: My sister has lived in a nice apartment building with about 200 units for 15 years and has enjoyed using the pool there each summer. This year, the owner decided to close the pool because of the maintenance expense, 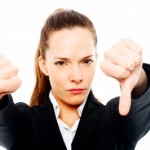 to the dismay of many tenants.
The tenants met with the owner to discuss the issue and he said he would “sell” the pool to them for a penny and it would then be up to them to maintain it.Most of these people moved into the building thinking they would have continued use of the pool without the worry of maintenance or expense, and now they just walk by it each hot day to see it covered and going to waste! What is their recourse? –Pearl M.
A: Your sister’s landlord is imaginative, I’ll give him that. But he’s also avoiding his contractual obligations, and even setting himself up for a nightmarish legal mess. Let’s get to the simpler issue first.When your sister’s landlord advertised and showed the property to prospective tenants, you can be sure he touted the pool as a valuable feature of the property.
And as you mention, it’s a sure bet that the presence of the pool played a major role in tenants’ decisions to rent there. When a landlord includes a significant feature of a rental in an ad and property tour, and tenants take that feature into account when deciding to rent, the landlord has bound himself to deliver.
In legalese, the pool is implicitly, if not explicitly, part of the rental deal — it’s what tenants get, besides their own homes, for the rent they pay. Closing the pool is no different than telling tenants they can’t use their second bedroom — if they’re paying for it, they should be able to use it.Sometimes, of course, circumstances may force the landlord to discontinue use of the pool. For example, if an earthquake damages the pool, it will have to be closed — but even then, the landlord can’t simply say, “Sorry!”
The proper response would be to lower the tenants’ rent to what they would expect to pay, in today’s market, for the same apartment without a pool. A savvy landlord will not lose out, either — if he has “loss of rents” insurance, he can make a claim against his policy for the rental income he will lose.Your sister’s landlord may well be in financial difficulties, but that doesn’t mean he can decrease amenities (the pool) that his tenants are paying for. If the tenants have leases, he’s obligated to continue offering use of the pool until those leases run out.

For tenants with month-to-month rental agreements, he can amend the agreements — to specify that the rental comes without use of a pool — with proper notice (30 days in most states). Of course, those month-to-month tenants would expect the rent to be decreased to reflect the lowered value of a pool-less complex.

Now let’s consider his loopy suggestion that the tenants buy the pool and pay for its upkeep. First, the tenants cannot become legal owners unless the landlord subdivides his property and sells them a separate parcel consisting of the land that contains the pool, which is right in the middle of the complex. This is ridiculous.

What he’s really hoping for is that everyone will wink at this obvious fiction and simply take over paying the pool service for regular maintenance. But this is the same as raising the rent — which he cannot do if tenants have leases, and must do properly (with legal notice) if tenants have month-to-month agreements.

Your sister and other tenants have a very powerful option: threaten to go to small claims court if they don’t get their pool back. In court, each tenant would ask the judge to order the landlord to pay them the difference between the rent they’ve been paying while the pool has been closed and the value of their apartments without a pool.

They’d ask the court to consolidate their claims, which courts will do for efficiency’s sake. (Imagine 200 households making identical claims!) This lawsuit will quickly get the landlord’s attention, because although it’s in “small” claims court, the sum of the tenants’ claims will be thousands of dollars. Believe me, this approach often works, and the theory behind it (that the tenants aren’t getting what they’re paying for) is garden-variety contract law.