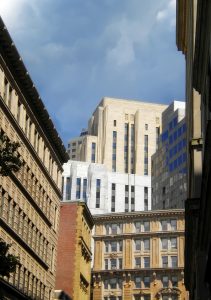 While some weakness remains, the multifamily market is coming out of one of the strongest first quarters in years with rent growth nationally up 0.8 percent for the quarter, according to the March Yardi Matrix National Multifamily Report.

The report says affordable metros in the West continued to thrive in March, with these areas leading the way in the year-over-year rent growth:

“The strong demand for housing in these metros has enabled this trend. Even expensive coastal markets and gateway cities are beginning to bounce back, albeit slowly,” Yardi Matrix says in the report.

“As the pace of vaccinations continues to ramp up and cities continue to reopen, the multifamily market is poised for a strong 2021,” Yardi Matrix says. “As the spring leasing season picks up, most metros will likely continue to enjoy strong short-term rent growth.”

The forecast for rent growth

“Jobless claims fell to 684,000 in the week ending March 20, the fewest since the beginning of the pandemic, the report says. “As the recovery gains momentum, the number of jobless claims will likely continue to recede.

“As the labor market recovers, one metric we will be following is the labor-force participation rate. The rate dropped when the pandemic hit, especially among older workers who were forced into retirement. Some economists are projecting that labor force participation won’t recover until the end of 2022.”

Yardi Matrix also points out in the report that the supply of new apartments in some metros coming online will make rent recovery challenging.