New Report Reveals Many Renters Never Want to Own a Home 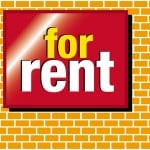 Apartment search engine ApartmentList.com released the results of its first “Rentonomics” Report, which uses both pricing and survey data to take the pulse of the rental economy in America.

Along with the report, Apartment List has released a corresponding state-by-state snapshot to show where rents are heading.

One surprising finding from the survey is that, despite increasing rents, 25% of renters say they never plan to own a home.

“Forty percent of American households rent, and we want to shed light on how this important slice of the population is faring leading up to the elections,” said John Kobs, CEO and co-founder of Apartment List. “The fact that a quarter of renters plan to never own a home indicates to us that the definition of the American Dream is changing. One third of renters have had their rent raised in a tough economic climate. While the resale market slowly recovers, it seems that more Americans are embracing renting for the long term. We will be keeping a close eye on how the next administration can improve the situation for renters around the U.S.”

Pricing data shows average rent hikes of nearly 10%. Rents climbed in the vast majority of states analyzed. An overwhelming majority of states have seen an increase in asking rents since January 2011 — 34 out of the 45 states the study analyzed showed rising rents.

47% of all people surveyed believe renting is smarter than buying a home in today’s economy.

At the same time, 57% of renters expect their income to remain flat or decline in the coming 12 months.

Also, 37% of renters say home ownership is overrated and is not an important life goal. Of the 24% who said outright they do not want to be homeowners, 39% cite the expense of homeownership as a deterrent, and 31% believe that owning is too risky financially. Those who do wish to own a home say the economy has delayed their ability to buy.

55% of renters surveyed say they wish they were homeowners, and nearly the same amount “ 59% – say the current economy has delayed their ability or decision to buy a home. Of renters who do plan to eventually buy a home, only 4% indicated an intention to buy in the next year. 41% say they plan to rent for the next one to three years. 20% plan to rent for four to five years and 7% think they will rent for six to ten years.