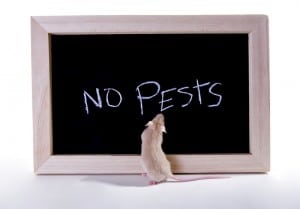 The Board of Supervisors for the City of San Francisco has just passed a measure that will broaden the responsibilities of landlords for public health issues.

The new law also means landlords can be fined for bedbugs that make their way into apartment buildings.

City officials say that tightening the existing nuisance laws was prompted over continued complaints about mold and other moisture problems. However, the new ordinance specifically adds bedbugs in the city’s list of “noxious” pests, along with roaches and rats, and provides for significant fines – up to $1,000 per day, against landlords who failure to remedy the problem. The measure also carries possible misdemeanor criminal penalties, including fines of $100 to $1,000, a minimum of ten days in jail, or both.

One city official expressed dismay that the bedbug provision is creating controversy over the measure. While bedbugs are annoying and cause distress to tenants, the bugs do not carry diseases.

Prior to enactment, landlord representatives had pointed out to the Supervisors that the measure placed an undue burden on landlords, because tenants often bring bedbugs into a building. Also, tenants interfere with remediation when they refuse to allow pesticides in their units, fail to cooperate by washing bed linens and furnishings, removing items in the way of pest control workers, or don’t notify landlords promptly when they find bugs.

Bedbugs have only recently re-surged, and are very difficult to eliminate. The problem affects all property owners, not just landlords.

In response to opposition to the law, a public health official indicated there may be cases where tenants and landlords could be held jointly liable. While the new measure does provide for liability to be designated to a “Responsible Party” which can include an occupant, there is nothing in the ordinance which explicitly provides that tenants could be held responsible for bedbug infestations or be fined for spreading bedbugs from one rental property to another.