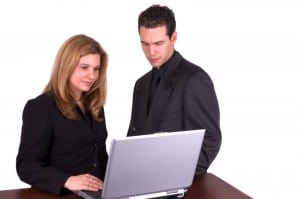 A Greensboro, North Carolina-based landlord will pay $175,000 to settle allegations stemming from the treatment of tenants who are deaf or hard of hearing.

The landlord owns and operates more than 64,000 homes in 15 states

According to the charges, the landlord violated the Fair Housing Act when it refused to rent to applicants who relied on the Internet Protocol (IP) Relay system, which allows deaf or hard of hearing individuals to communicate with hearing persons via phone using computer text.

A series of tests were conducted by advocacy groups at properties in Savannah, Georgia, and Austin, Texas. The results showed that when rental applicants who are deaf or hard of hearing called to inquire about apartments using the IP Relay system, agents hung up on them, or sent their calls directly to voice mail; in contrast, agents accepted calls from testers not using the IP Relay system.

“Testing exposes housing discrimination that might otherwise go undetected,” said Dave Ziaya, HUD’s Acting Assistant Secretary for Fair Housing and Equal Opportunity. “The Fair Housing Act protects all potential renters, including those who are deaf or hard of hearing. HUD will continue to enforce the law to ensure that no one is denied housing because they have a disability.”

Under the terms of the agreements, the landlord will pay $175,000 to a housing advocacy group, including $25,000 in attorneys’ fees. The company will provide fair housing training to both newly-hired and current employees. The training will cover the use of technology for the deaf and hard of hearing, including telecommunications relay services. Additionally, it will adopt a written policy addressing equal access to housing opportunities for applicants with disabilities, including deaf and hard of hearing individuals, which outlines the correct handling of telecommunications relay calls and other types of communications with deaf and hard of hearing individuals. That policy will be communicated to all agents and managers. The landlord also will pay the National Association of the Deaf $15,000 for consulting services in the development of these policies.

This agreement follows another settlement HUD reached on behalf of deaf and hard of hearing individuals earlier this year. In February, HUD reached an agreement with a landlord in Santa Ana, CA, settling allegations that the center’s employees discriminated against two deaf and hard of hearing Section 8 applicants when they refused a request for an American Sign Language (ASL) interpreter. Under that agreement, the landlord agreed to pay the applicants $17,500 to cover the amount of rent they paid during the seven months that they were unable to participate in the housing program, provide ASL interpreters and other accommodations when necessary to communicate with persons with disabilities, and provide fair housing training for its employees.

HUD says it recently released a video series for the deaf and hard of hearing. The 12 videos are in American Sign Language (ASL) with English captioning, and educate tenants on their rights as well as common problems faced by hearing-impaired persons in the buying, renting, and use of a home.