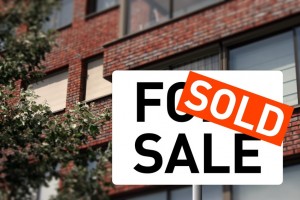 For one landlord, a blazing legal battle over rental regulations has become a quest.

He owns 46 rental properties near Elmira, New York, but lives in Millerton, Pennsylvania, 11 miles away.

Recently, he lost a court battle to overturn an Elmira city ordinance which, among other things, requires that he either move his personal residence across the county boundary line–a stone’s throw from his current residence, or pay a property manager to take over all of his properties in New York.

Making good on a promise, the landlord now is appealing the decision to a higher court. According to a report by WETM news, he is prepared to sell 18 of his properties to cover the legal fees for the appeal.

The landlord told reporters that, while he could solve the problem by moving across the border, he wants to stay where he is. Instead, he will challenge the law which he sees as an unconstitutional infringement on his rights as a property owner.

His goal is to help make Elmira more accessible for other rental property owners. An influx of new people, he says, will make it a better place to be.

Disputes between landlords and local governments have spiked lately as regulations become more costly and restrictive. Landlords are often the only property owners to pay for increased regulation in the name of safety or neighborhood restoration, or for noise or criminal complaints in cities struggling to maintain peace in neighborhoods with both renters with homeowners.

For instance, two hours southeast in Hazleton, Pennsylvania, landlords were successful in overturning an ordinance which levied a $1,000 fine on a landlord who did not establish a rental applicant’s immigration status. Landlords there are currently battling with city council over new proposals similar to those in Elmira, including a law which provides for fines against a landlord after police are called to the area three times.

For more, see New Law Will Stick it to Landlords.