Landlord Liable for Action on the Street? 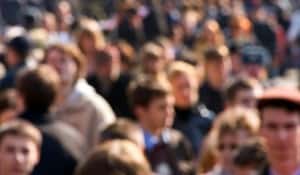 Q: The street in front of my apartment building has become a popular spot for day laborers to hang out and wait for jobs. The place is quite messy and my tenants are upset. They don’t like having to walk through the crowd, say they feel intimidated, and have asked me to do something about it or they’ll move out. I’m also worried that if they are harmed, I’ll be responsible. Any suggestions? –Arnold J.

A: The legal issues raised by the situation you describe are similar to the issues landlords face when the sidewalks in front of their buildings are taken over by drug gangs, prostitutes or other less savory types. Not that day laborers are in any way as fearsome and dangerous as some of these folks, by a long shot.But the legal issue for the landlord is the same: To what extent are you responsible for dealing with a dangerous or even potentially dangerous situation taking place on public property directly adjacent to your building?

Put another way, if you do nothing and the situation continues, do tenants have a legal justification to break their leases without future liability for rent?

We know that if a landlord tolerates illegal behavior on his property, and fails to evict the criminals, the answer is simple: Tenants who are injured as a result can look to the landlord for damages, and those who are fed up get to move without responsibility for future rent.

But in your situation, the activity (putting aside for the moment whether it’s criminal) is taking place on public space. You can hardly evict the laborers from the sidewalk, but you can take steps to mitigate the effect they are having on your tenants.

First, consider talking with your city attorney about the situation. Your city may have an “anti-loitering” law on the books that could address the situation, depending on how it’s worded. It may even have a law that targets day laborers, prohibiting them from standing on streets and highways and soliciting work, or requiring them to wait only in specified areas.

Not that having such a law is a sure winner for you, however — in the western U.S. alone, judges in several cases have struck down such laws as an infringement on free speech.

You might also consider a political approach to the problem of how unaffiliated people can look for work. Some cities have put aside land and even facilities for use as a sort of “day laborer hiring park or hall.” These solutions are controversial, but they at least address the problem in a nonpunitive way. Your city government might be receptive to such a suggestion.

It would be wise to meet with your tenants, perhaps with a local policeman in attendance, to talk about the situation. Doing so will make it clear that you’ve heard their concerns, and the officer may have suggestions on how your tenants can safely interact (or not) with the laborers and minimize any chance of confrontation or problems.

If you have your meeting but get nowhere with an anti-loitering law, and there’s no designated alternative area for laborers to congregate, you will be able to at least say that you did all that you could reasonably do to remedy the problem.

This is important: The law requires you to make a reasonable response to the situation, not a supernatural one. This means that if, for example, a tenant were accosted by one of the laborers, he’d have a hard time holding you partly responsible.

But whether a lease-breaking tenant could leave without responsibility for future rent is another matter. If a situation becomes intolerable, no matter how hard the landlord tries to fix it, tenants can leave. A graphic example is the current scourge of bedbug infestations.

Landlords are going to Herculean lengths to rid their buildings of the problem, but if they fail, their tenants can justifiably break their leases.

Again, the comparison is awkward, but the legal theory applies: Despite your efforts, if the gauntlet of workers remains as daunting as you describe, your tenants may be able to leave without responsibility for future rent.