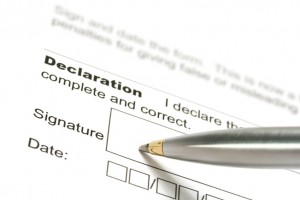 A landlord in suburban Chicago has agreed to pay $35,000 to settle two fair housing lawsuits against him. He was accused of discriminating against a family that tried to rent a single-family home from him, and making repeated statements to fair housing testers expressing a preference not to rent the home to African-Americans.

One lawsuit was filed by the Department of Justice, the other by a local private fair housing organization.

An African-American man tried unsuccessfully to rent a home for his family that the landlord was advertising. After being rejected, the man contacted the local housing center for assistance. Both the housing center and the DOJ later sent fair housing testers to the property. The landlord told a white tester he would rent the property for $100 less than the advertised rate, and further stated you’re not black, that’s the reason you’re getting that.”

This kind of discrimination is illegal and has no place in the housing market anywhere in this country, said Thomas E. Perez, Assistant Attorney General for the Civil Rights Division. This lawsuit demonstrates the department’s resolve to pursue and eradicate such discrimination, whether practiced by housing providers large or small.

The use of testers–investigators posing as applicants, is a common tool used by housing authorities to catch landlords who discriminate.

Under the terms of the settlement, the landlord will pay $15,000 to the applicant, $15,000 to the local housing center, and a $5,000 civil penalty to the United States. The settlement also prohibits the landlord from personally managing or renting any properties for five years. In addition, the landlord was required to admit that he made the statements to the fair housing testers alleged in the complaints against him.