Putting a price on odor problem 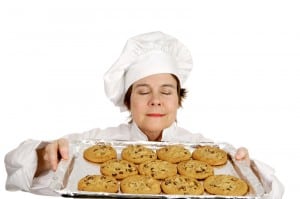 Q: When our tenants moved out, we inspected their apartment for damage. We discovered that all of the draperies and curtains, as well as the rug, smell strongly of cooking spices (I think it’s curry). These tenants must not have used the kitchen fan nor opened the windows — the place really reeks. Can we deduct from their deposit the cost of replacing these items? We think the tenants were selling what they made — we saw a food truck parked in front of the unit several times. —Dort and Walt H. A: Landlords may use the security deposit to cover damage that goes beyond normal wear and tear; and they can use it to perform needed cleaning. On the second item, a few states, such as California, specify that the tenant must leave the unit as clean as it was when the tenant moved in. Other states aren’t as specific as to the meaning of “clean,” leaving landlords, tenants and often judges to resort to their own definitions.

In your case, the question is whether the “scented” window coverings and rug are damaged beyond normal wear and tear; or, alternately, whether the odor renders them unclean. If I were a judge, I’d want to know whether normal ventilation, including the use of the kitchen fan, would have prevented the problem.

Does the kitchen fan have enough power to really move the air into the flue, and is the flue clean and unclogged? Is there enough cross-ventilation to let the rooms air out? If you can say that prior residents left the unit without lingering cooking odors, that’s some evidence that normal cooking would not result in the issues you’re now dealing with.

Now let’s consider your suspicion that your tenants may have been running a commercial operation, perhaps supplying food to a food truck. First, does your lease specify that the premises may be used for residential purposes only?

If so, and if your tenants were in fact using the kitchen for a commercial enterprise, you could have stopped the whole thing by insisting that they comply with the lease or move out.

It’s too late to send a “cure or quit” notice; the tenants are already gone. But if you end up in court, be careful how you use this evidence of commercial cooking. The tenants’ violation of the lease clause does not in itself entitle you to deduct from the deposit the amount you need to replace coverings and rugs.

It does, however, relate to whether the damage goes beyond normal wear and tear. “Normal” tenants use the kitchen for family meals and occasional entertainment; they do not use it for producing commercial quantities of food. This alone might move your tenants’ cooking, and its consequences for the coverings and rugs, out of the realm of normal use.

Janet Portman is an attorney and managing editor at Nolo. She specializes in landlord/tenant law and is co-author of “Every Landlord’s Legal Guide” and “Every Tenant’s Legal Guide.” She can be reached at janet@inman.com