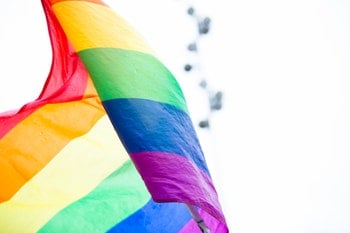 Photo by Markus Spiske from Pexels

The Department of Housing and Urban Development will begin investigating complaints of housing discrimination based on sexual orientation or gender identity under the Fair Housing Act, in a pointed reversal of Trump administration policy.

The new policy, to be announced Thursday, applies to all complaints filed after Jan. 20, 2020 — one year before President Joe Biden signed an executive order directing agencies to “prevent and combat” such discrimination.

The directive requires state and local jurisdictions that receive funding through HUD’s Fair Housing Assistance Program “to prohibit discrimination because of gender identity and sexual orientation.” The agency cited the Supreme Court’s ruling last June that gender identity and sexual orientation are protected by the 1964 Civil Rights Act outlawing discrimination on the basis of sex.

The policy marks a major shift from HUD’s position under President Donald Trump and his housing secretary, Ben Carson.

Carson formally proposed a rule change in July that would have allowed homeless shelters to deny protections to transgender people. That was after he flirted with the idea for over a year and came under fire from advocacy groups over a Washington Post report that he had expressed concern about “big, hairy men” trying to use women’s bathrooms during a staff meeting in 2019. HUD officials disputed that report.

“The proposed rule modifications also better accommodate religious beliefs of shelter providers,” HUD said when it released the revamp in July. “For example, such policies could be based on biological sex, sex as identified on official government identification, or the current rule’s mandate of self-identified gender identity.”

That proposal was slated to be finalized in April.