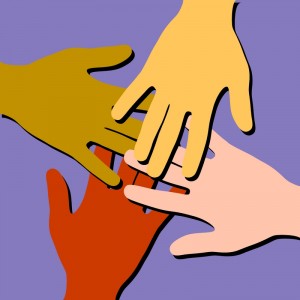 The U.S. Department of Housing and Urban Development is proposing new regulations intended to ensure that its core housing programs are open to all eligible persons, regardless of sexual orientation or gender identity. View the proposed rule announced today.

According to HUD Secretary Shaun Donovan, “We have a responsibility to make certain that public programs are open to all Americans. With this proposed rule, we will make clear that a person’s eligibility for federal housing programs is, and should be, based on their need and not on their sexual orientation or gender identity.

HUD is seeking public comment on a number of proposed areas including:

Prohibiting lenders from using sexual orientation or gender identity as a basis to determine a borrower’s eligibility for FHA-insured mortgage financing. FHA’s current regulations provide that a mortgage lender’s determination of the adequacy of a borrower’s income shall be made in a uniform manner without regard to specified prohibited grounds. The proposed rule would add actual or perceived sexual orientation and gender identity to the prohibited grounds to ensure FHA-approved lenders do not deny or otherwise alter the terms of mortgages on the basis of irrelevant criteria.

Clarifying that all otherwise eligible families, regardless of marital status, sexual orientation, or gender identity, have the opportunity to participate in HUD programs. In the majority of HUD’s rental and homeownership programs the term family already has a broad scope, and includes a single person and families with or without children. HUD’s proposed rule clarifies that families, otherwise eligible for HUD programs, may not be excluded because one or more members of the family may be an LGBT individual, have an LGBT relationship, or be perceived to be such an individual or in such relationship.

Prohibiting owners and operators of HUD-assisted housing, or housing whose financing is insured by HUD, from inquiring about the sexual orientation or gender identity of an applicant for, or occupant of, the dwelling, whether renter- or owner-occupied. HUD is proposing to institute this policy in its rental assistance and homeownership programs, which include the Federal Housing Administration (FHA) mortgage insurance programs, community development programs, and public and assisted housing programs.

HUD is conducting the first-ever national study of discrimination against members of the LGBT community in the rental and sale of housing. Every ten years, HUD does a study of the impact of housing discrimination on the basis of race and color. HUD undertook this important research in 1977, 1989 and 2000 and is currently undertaking this study again. It is believed that LGBT individuals and families may remain silent because in many local jurisdictions, they may have little or no legal recourse. While there are no national assessments of LGBT housing discrimination, there are state and local studies that have shown evidence of this sort of bias. For example, a 2007 report by Michigan’s Fair Housing Centers found that nearly 30 percent of same-sex couples were treated differently when attempting to buy or rent a home.

HUD currently requires its recipients of discretionary funds to comply with local and state non-discrimination laws that cover sexual orientation or gender identity. In July, the Department issued new guidance that treats discrimination based on gender nonconformity or sex stereotyping as sex discrimination under the Fair Housing Act, and instructs HUD staff to inform individuals filing complaints about state and local agencies that have LGBT-inclusive nondiscrimination laws.

The Fair Housing Act prohibits discrimination in rental, sales and lending on the basis of race, color, national origin, religion, sex, disability and familial status. Approximately 20 states, and the District of Columbia, and more than 150 cities, towns and counties across the nation have additional protections that specifically prohibit such discrimination against LGBT individuals. Under guidance announced last year, HUD will, as appropriate, retain its jurisdiction over complaints filed by LGBT individuals or families but also jointly investigate or refer matters to those state, district and local governments with other legal protections.