Here’s how landlords will have to woo tenants in 2016 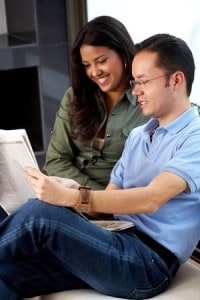 One of the major challenges landlords will face in 2016 will be wooing tenants in an unstable market. Landlords will have to take more aggressive approaches in signing deals, experts say, and next year’s tenants will likely demand more concessions and amenities in their leases.

“You’re going to see landlords getting very aggressive to get tenants,” said Ryan Barbles, a vice president of tenant representation at Chicago-based JLL in Houston. “It’s turning into a tenant-favorable market. Landlords are being told, ‘Do whatever you need to do to keep the tenant.'”

More landlords and building developers may start including on-site gyms, more spacious lobbies, taller office windows and amenity-focused concessions, said Beau Bellow, who also serves as vice president of tenant representation at JLL. Other general examples of concessions include in-building washer and dryer access, WiFi access and abated rent, or free rent at the beginning of a lease period.

Buildings that either have roughly 80 percent or less occupancy, have one of its largest tenants rolling over to 2016 and 2017, or are being built on spec are likely signing on tenants at rates that are around 30 percent lower than they were in 2015, Bellow said.

“We’ve got a huge supply issue, and demand is almost negligible at this point,” Bellow said. “Demand is extremely stagnant and arguably decreasing. Landlords have to get aggressive.”

Houston’s tenant-favorable market is a far cry from what experts said in mid-2015, when there was still a wide gap between what landlords were asking and what tenants were offering.

Read more
White House using...
Read the full White House Press Release Here. The White House announced Wednesday it is taking...
Read more
Promoting Responsible...
Perhaps one of the most positive developments in the rental-housing industry over the past decade is...
Read more
Smart home security:...
Key takeaways Wireless technology has made security systems more affordable Video...
Read more
What To Expect When...
Every property manager or management company is different, with different skills and different goals,...
Read more
Pros and Cons of Rental...
What to Consider Before Investing Not every type of investment property is right for every property...
Read more
7 tips for designing...
Cortland’s Karl Smith, aka “Dr Fitness,” offers advice on how to design and operate new and...
Read more
Roof Replacement Costs
At some point, every homeowner will deal with roof replacement costs. Whether it's a few missing...
Read more
7 of the Most Common...
Don't fall into these seven common pitfalls of the real estate sector. Real estate is one of the...