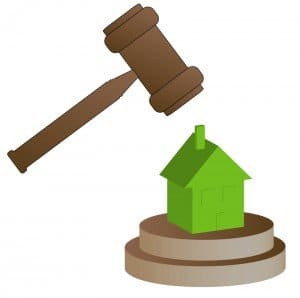 Eleven years later, Florida seems to be the focal point again ” only this time it involves the mortgage crisis. State and appellate courts in Florida, fed up with what they have said is lender misbehavior and sloppy and sometimes fraudulent paperwork, are routinely dismissing cases against homeowners who have fallen behind in their payments and are facing foreclosure.

One Miami-Dade County Circuit Judge, Maxine Cohen Lando, was so upset at the way a local law firm representing lenders came into her court with suspect paperwork that she awarded a homeowner title in the disputed property ” free and clear ” and barred the lender from refiling the foreclosure.

When asked to comment on this, noted attorney Philip Kramer of the law firm Kramer & Kaslow observed, This doesn’t surprise me. Lenders are almost without exception careless in their paperwork. In my experience there is a line between carelessness and outright fraud which many lenders feel they can cross with impunity.

The question now is whether the Florida situation spreads to the rest of the nation or remains a local phenomenon. Time will tell, but Philip Kramer feels that Florida is a harbinger of things to come. According to Kramer, It used to be that judges just assumed the lenders knew what they were doing and that their paperwork was sound. As courts began to look more closely at the lenders behavior, it became increasingly clear that things were amiss. I would not be surprised at all to find other states courts taking similar positions.”

As Congress grapples with legislation, as all fifty states Attorneys Generals pursue a lawsuit against the banks, and as hundreds and soon to be thousands of homeowners in trouble pursue justice through the court system, one thing is clear ” the way banks do business is going to change.

Whether or not Florida leads the nation once again remains to be seen. One thing is clear: lenders are no longer going to be able to walk into court, claim that their paperwork is in order, and expect to be believed.

PHILIP A. KRAMER is the senior partner of the Law Office of Kramer & Kaslow, in Calabasas, California, providing legal services in connection with real estate issues relating to loan modification and loss mitigation, land use and zoning, environmental issues, easements, construction and development, finance, and landlord tenant matters.