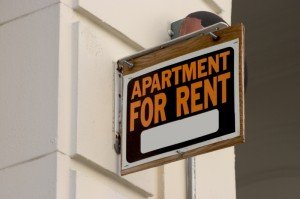 A Santa Monica apartment owner and his manager have just settled a lawsuit with the City Attorney’s Consumer Protection Unit over allegations the men harassed a tenant by failing to obtain an eviction order.

Both the landlord and the manager will now be required to attend fair housing training and to end direct contact with a longtime tenant who complained of harassment throughout 2012.

In addition to the training, the owner was ordered to pay $12,000.00 to the tenant and the City, including $5,000.00 ” the statutory damages provided by law ” for the alleged violations.

Both men agreed to the judgment on the same day that the City filed a tenant harassment lawsuit against them.

The landlord owns an 18-unit apartment building. The City filed suit against the two alleging that they attempted to get a senior citizen tenant to vacate her longtime rent-controlled apartment through a series of baseless eviction notices, lawsuits and threats.

The tenant fought the eviction using both the Legal Aid Foundation and free legal services offered by a local law firm. The tenant, who has lived at the property for thirty-two years, forced the landlord to drop all three eviction lawsuits that had been filed against her.

Santa Monica law prohibits landlords from inducing rent-controlled tenants to vacate their homes. The City accused the landlord of using intimidation to force the tenant out.

This case involved a landlords campaign of baseless eviction attempts aimed at the tenant. Each lawsuit was dismissed by the landlord as soon as it became clear that the tenant was not going to vacate but fight, said Deputy City Attorney Gary Rhoades. While we appreciate the landlords cooperation in resolving the case, this is exactly the kind of misconduct the Tenant Harassment law was designed to prevent.