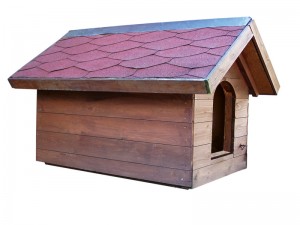 That means the current law — that owners and landlords are strictly liable for pit bull attacks — remains in force.

Opponents of the breed-specific rule, that holds landlords liable for the mere presence of the animal, had convinced the state’s house of representatives to quash the law. However, the senate failed to reach consensus in time for the bill to survive.

This development has caused some controversy among local dog advocates. In a statement, Tami Santelli, Maryland state director for The Humane Society of the United States, wrote: Singling out a particular type of dog has repeatedly been proven to be ineffective at curbing bites because breed alone is not predictive of whether a dog may pose a danger.

San Diego dog bite lawyer Jeff Nadrich with Nadrich & Cohen in San Diego, has been closely following the developments, and recently issued a statement regarding the state’s decision. According to Nadrich, It’s disappointing that state legislators were unable to reach an agreement regarding the so-called dog bite bill. The fact is that all dog breeds have the potential for aggression, and dog bite victims deserve the same legal rights and protections in the event of an attack.

Breed-specific legislation can lull landlord’s into a false sense of security when it comes to tenants’ pets by believing that complying with the law will reduce liability. But breed specific laws do not take into account liability for other breeds should an animal display aggressive tendencies. What’s more, these laws create confusion by applying two different standards: In most cases, a landlord can only be liable for a tenant’s pet if the animal has shown vicious tendencies. But with a specific breed prohibition, the landlord is liable even if the pet was vetted and appeared well-behaved.