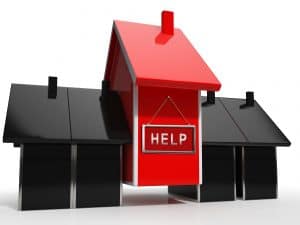 CHICAGO (CBS) — Gov. JB Pritzker said Monday he will be phasing out the statewide moratorium on evictions by August, as he announced the launch of a $1.5 billion rental relief program for Illinois.

“We will work with our partners to bring an end to the eviction moratorium in August, with a gradual phase out over the next few months, with more details to come,” Pritzker said.

Repeated executive orders issued by the governor during the pandemic have banned virtually all evictions in Illinois since March 2020.

The announcement of the eventual end to the eviction moratorium came as he signed state legislation to distribute the $1.5 billion in rental relief funds. The measure also would seal eviction court records between March 2020 and March 2022 to help renters who are evicted find a new place to live. The court seal would remain in place until August 2022.

The governor said more than 120,000 renters could see relief through the new program.

“The Illinois rental assistance program is a testament to how good government can make a life-changing difference for people when our dollars follow our values,” Pritzker said.

Any renter who is behind on payments and experienced financial hardship due to the pandemic is eligible to apply for up to $25,000 in rental relief, which will be paid directly to their housing provider or landlord.

To qualify, you must have a household income of no more than 80% of the area median income. In Cook County, that equates to $52,200 a year for a single renter, and $75,500 per year for a family of four. For a full breakdown of income limits by family size and county, click here.

The catch is that the check goes right to your landlord. It’s the government’s solution to make both sides happy and whole.

But CBS 2’s Lauren Victory questioned if the program will work for everyone.

Tensions between tenants and landlords may be at an all-time high. So will lines at Eviction Court at the Daley Center wrap around the corner when the more than year-long eviction ban is lifted?

“I don’t think it will be as bad as it could have been,” said eviction attorney Michael Zink.

Zink said legal battles may be avoided with the launch of the Illinois Rental Payment Program. It could give housing providers up to $25,000 per tenant.

“It covers rent up to a year behind as well as three months forward so that will cover a great deal of arrears on most of the cases,” Zink said.

Filling the holes left by thousands of dollars in missing rent will help landlords like Abney keep up with repairs.

“It ultimately impacts the image of the neighborhood,” Abney said.

But there is a hitch. The rental assistance application will require detailed information from both the housing provider and the resident.

“Not every tenant does communicate back, and it becomes very frustrating,” said Abney.

Faust said cooperation may be difficult, but it is key for verifying applicant information and protecting taxpayer money. Our state received more than half a billion dollars in federal funding for rental assistance.

So with the stimulus bills in December and March being passed months ago, why is taking until May for applications to open up?

Faust explained that several layers of government needed to establish rules for the program. Then came creating the software for the applications.

The gateway for help is not open long – with a June 11 application deadline.

Eviction is a last resort for most people. The state’s Housing Authority plans to partner with Illinois’s Department of Human Services to provide courtroom mediators when the eviction moratorium is lifted.