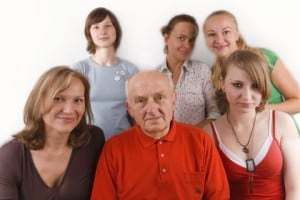 Back in October, 2008 the Troy, New York City Council passed controversial legislation requiring all landlords to fill out a Landlord Registration Form.

The law is intended to identify  ‘absentee landlords’– in this case any landlord whose home residence is more than 20 miles from the city limits.  Under the measure, absentees are required to “hire or appoint” a property manager to deal with the city on any property management matters.

Any landlord required to register with the City of Troy who fails to register the property faces penalties up to $500 and/or 15 days imprisonment.

The original measure was vetoed by the city’s mayor, who foresaw problems with enforcement.  But the City Council decided to override the veto and passed the law.

The Registration Form is intrusive. It requires the landlord to disclose insurance information including contact info for an agent so they may be contacted directly.  Also, the city needs to be alerted to “significant changes made to the building.” A change in units, or number of bedrooms would be deemed a significant change.

But the current controversy over this measure stems more from the requirement that owners of multi-unit homes must complete the form regardless of whether they rent out any of the units. Even owner occupants are covered. The law passed by the City Council asks for a sworn affidavit proving home ownership.

A few months after the measure was passed, the city sent out the registration forms in the mail, but did not include any explanations or instructions. As a result, many owners failed to return the completed forms. Those owners are now finding that fines have been added to their tax bills.

One council member is seeking to repeal or re-tool the registration law because he claims it does not serve its intended purpose of going after absentees. Instead, fines are being assessed against owner-occupants and owners who do not rent vacant units, because they could not figure out how to complete the form.

The councilman has stated that the law targets seniors, many of whom own duplexes which they share with family members. One such woman did not complete a registration because her son lives in the upstairs ‘unit’ of the home. She was fined just under $1,000.

The woman claims she was not aware of the fine until it came time to pay her tax bill.

When asked to comment about the recent controversy, the city’s mayor issued a statement indicating that the City Council created the problem, so it will be up to them to fix it.