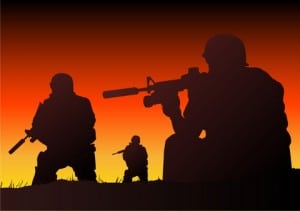 Several major cities, including Los Angeles, New York and Atlanta are fighting hard to combat the recent insurgence of bedbugs. But the bugs are proving difficult to eradicate, in part because they hide so well, and only move around at night.

Several major cities have recently passed aggressive ordinances requiring all landlords to install infrared cameras in hallways and common areas to track nighttime migrations of the bugs as they hike from one unit to another.

In addition, landlords must install high-tech lasers which have been developed to zap the bugs in their tracks.  Landlords will need to amend house rules to enforce a nighttime curfew, as these technologies can be harmful to tenants coming home late. As expected, these rules do not apply to homeowners, only landlords.

Fortunately, none of this is true. We just couldn’t let a perfectly good April 1st go to waste.  But wait!  We do have a real story for you below:

Cities around the country are getting stressed over the infiltration of bedbugs. Trenton, New Jersey officials have reported receiving an increased number of complaints regarding bedbugs, including a recent infiltration of a local elementary school.  Now, the city is considering a new rental inspection program that would force landlords to hire a professional pest control company to perform inspections every six months to monitor the presence–or absence of bedbugs.  To receive license renewals and avoid fines, landlords will have to provide the city with proof of the examinations, treat any infested units and adjoining units, and give new tenants information about bedbug control.

New York City, one of the hardest hit areas for bedbugs, has already passed a disclosure law that requires landlords to notify new tenants if bedbugs have been discovered in rental units.  Now, NYC officials are looking at increasing the fines assessed against landlords who fail to comply.

A number of lawsuits are pending against landlords by tenants seeking hundreds of thousands of dollars, including a teacher who is suing for humiliation over bites on her arms, and a mother who is suing for emotional pain after her child was bitten.  Hefty judgments have been awarded against hotels in the same situation, and many others have settled, probably to limit bad press and sympathic juries.  Other tenants have been successful in using the bedbugs as a reason to break the lease and move.

Meanwhile, landlords are fighting infestations with everything from bug-sniffing dogs to heaters which literally bake the bugs in the walls and crevices throughout a rental unit.  This heat method is gaining in popularity, even though it requires tenants to vacate during the treatment. However, this is not safe to do on your own.  Contact a professional pest control expert in your area to discuss this option if you find yourself fighting the scourge of bedbugs.

Need a pest control expert?  See our expanded Vendor Directory for a landlord-friendly expert in your area.