Home·Property Management·Latest News·What Can Tattoos Tell You About Your Tenants?

What Can Tattoos Tell You About Your Tenants? 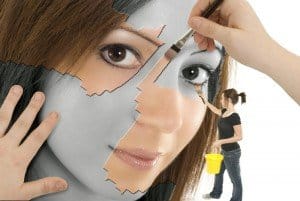 A news story yesterday revealed that attorneys prosecuting the double-murder case against former New England Patriots tight end Aaron Hernandez are sending investigators out into the streets in search of tattoo artists.

While the district attorney is tight-lipped about what specifically they are looking for, it appears that it may have something to do with the interpretation of certain markings.

And that brings to light a question for landlords. What weight should you place on body art when screening tenants?

The social implications of tattoos have changed dramatically in recent years. A generation ago, body art was far from mainstream. Markings typically were a sign of some affiliation or maybe a memento of world travel. Tattoos were mysterious, and a little edgy. That’s why it became so much fun to get one during a raucous night out with college buddies.

Today, body art is common. Most of what you see is completely harmless and simply ornamental. But, there are some markings that are intended to tout an affiliation, possibly the trademark of a gang, or of prison activity. That can be cause for concern.

The intended meaning of some of these markings, like the infamous teardrop tattoo, are commonly known to laypersons. The meaning of a Nazi swastika also is pretty easy to decipher. But other symbols are more difficult to identify.

The FBI was said to be interested in integrating a newly-developed image recognition software that would allow officers to track and identify tattoos when conducting investigations. While landlords don’t have access to such accurate and detailed databases, if you are curious, it is possible to identify many tattoos from the Internet.

But the question is what you should do about tenant body art. Is it discrimination to reject an applicant over a tattoo?

Because landlords aren’t trained in  law enforcement, it’s risky to go down that path by investigating your rental applicant’s potential criminal affiliations.

A much safer strategy is to view the suspicious tattoo as a possible red flag, a reminder to run a tenant check on every occupant. The criminal history report may tell you all you need to know. The credit report or Previous Address Tenant History report may tip you off that the applicant has spent time in prison by showing unexplained gaps.

The other reason this strategy works is that many dangerous criminals don’t have any tattoos at all.  Sometimes that’s no coincidence; a ringleader of a gang can easily dress the part of a the perfect tenant, then hand the rental unit over to someone else. It’s also possible this applicant innocently copied a symbol not realizing its notoriety.

Oregon landlords should keep in mind that the state has passed new rules regarding how they use criminal background check information. Landlords basically will have to show a relationship between the type of crime and any safety concerns in order to reject ex-cons.

Any time you are rejecting candidates based on physical appearance, you have to evaluate whether the policy is discriminatory. Having a tattoo is not considered a “protected class” under the Fair Housing Act. But the person with the tattoo may belong to a protected class.

Any screening policies that involve body art must be based on good business reasoning. HUD has just established new rules on “disparate impact” of rental policies. Under these rules, a policy that is not discriminatory on its face may still be problematic if it impacts one or some classes of people more than others.

For example, if you decide to reject everyone with a tattoo (bad idea, because you’ll run out of applicants), you will have to evaluate whether any minority groups will be impacted more harshly than other applicants. Likewise, if you find you are terrified when you see any markings on a minority candidate and reject them outright, your approach needs to become more surgical, so you only reject candidates when there appears to be a legitimate safety concern.  Failing a background check is the best reason for rejecting the candidate.