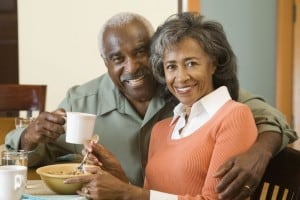 As many as 10,000 baby boomers retire daily. Members of this generation are increasingly looking to real estate to diversify their retirement portfolios and boost returns.

Many boomers have realized their retirement plans are not sufficient and have turned to alternative investments, such as real estate, to compensate. About 30% of baby boomers have no retirement savings and one-quarter have less than $50K saved, according to research by GoBankingRates.

These boomers, who were born between 1945 and 1964, survived the Great Recession and were raised by parents who survived the Great Depression. They have been employed in a world where pension funds are growing less common and employer-led 401(k) retirement accounts are increasingly more common.

“Many of our clients think, ‘What other types of investments can I hold in my IRA that are outside the securities world because I can’t handle another crash?,’ Ruiz said.

Many turn to commercial real estate because the monthly rent they can collect does not undergo the highs and lows of stocks and bonds. Precious metals, notes and timber have also become more popular. Investors recognize residential real estate in core markets typically increases in value with proper maintenance, and owners can collect rent on the asset.

“Within the last 100 years, the best places to put money is in the marketplace and in real estate. One of main reasons [why] is familiarity. You may not ever talk to the money manager of your mutual fund. But with a real estate asset, you can see it; you can meet your tenant,” Ruiz said.

“It used to be more like 5% of their assets were in real estate, but has certainly doubled over the last 10 years. That’s good for us [in real estate] because it means more of their money is going into our assets and less into stocks and bonds,” Fraker said.

When Generation X, the generation following baby boomers (born between 1965 to 1979) begins to retire in greater numbers, The Entrust Group’s Ruiz said he is unsure what their investment patterns will look like. Many of the real estate assets bought by boomers will be inherited by Generation X, and there is not enough data yet to know what Generation X will do with those assets, Ruiz said.