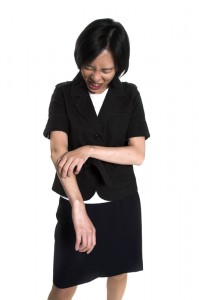 Bed bugs are no laughing matter. Landlords whose units become infested not only have to shell out for the cost of repetitive treatments, but also suffer the embarrassment of notifying tenants of an outbreak.

In some cases, landlords even have to notify prospective tenants.

Unfortunately, the pesticides used to kill bed bugs are proving to be an increasing health risk to humans.

According to the Centers for Disease Control, acute bed bug pesticide-related illnesses recently have been reported in at least seven states, including New York, California, Florida, Michigan, Texas, Washington and North Carolina “ the latter of which had one fatality reported due to pesticide poisoning.

According to the report, pesticide-related illnesses have been caused after chemical treatments conducted by both individual consumers and professional pest management companies. In fact, the CDC report notes that among the cases of work-related illnesses, three involved workers who applied pesticides, including two pest control operators.

Also troubling is the CDCs evidence that pesticide-resistant bed bugs are on the rise and have been confirmed in at least five states, including California, Florida, Kentucky, Ohio and Virginia. Since the CDC report data only covered the 2003-2010 time period, its entirely possible that the pesticide-resistant bugs may now be found in several additional states.

At the same time, the CDC noted that heat treatments, like the type administered by industry pioneer ThermaPureHeat®, are effective in treating bed bug infestations. Professionals heat single rooms or entire structures. The heat penetrates deep into cracks and crevices to kill bed bugs and their eggs where they are hiding, especially important since many bed bugs do not stay just on bedding.

These treatments have proven to be effective on bed bugs, while being safer on the tenants. And, the treatments are quick and typically require less down-time for the units affected by bed bugs.