Home · Property Management · Landlord Quick Tips · Can I Say “No Pot In My Apartments” When It’s Legal In My State? 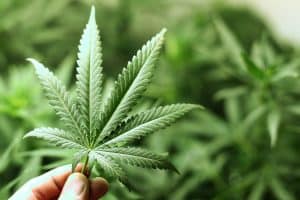 Oregon Governor Kate Brown this month signed a bill that prohibits marijuana retailers from keeping or sharing customer’s personal information. According to reports, she said she was concerned about the Trump administration’s future actions when it comes to the legalized pot industry which employs 13,000 people in Oregon. So when pot is legal in a state, what issues does this present to property managers and landlords of rental properties?

Property managers are often confused and seeking to better understand how to handle the issues of legal marijuana and medical marijuana when it comes to tenants and rental housing in their states.

Laws are changing all the time in many states as voters approve different levels of permission when it comes to marijuana. This leaves property managers trying to figure out what should be in their leases around the issue.

You may be able to ban smoking, but do you really know what your tenants are eating or growing in their apartments? Do you really want to know if they are good paying tenants?

Rental Housing Journal did a recent interview with Seattle, Washington attorney Bret Sachter, an expert in tracking the progression and transformation of marijuana laws, to discuss some common questions property managers have about marijuana and tenants.

“I’ve been asked this a lot,” Sachter said, “but it does not come up as often as you might think. The overarching issue here is that, with few exceptions, people can do what they want to protect their property, even if the prohibited behavior is not illegal. You can prohibit smoking, prohibit pets, but with marijuana it’s much easier because it is federally illegal. So you can pretty much prohibit it if you want to no matter what, even medical marijuana,” Sachter said.

Sachter says in terms of Fair Housing issues, and the U.S. Department of Housing and Urban Development (HUD) it is a situation where HUD wants it in the lease that marijuana is illegal but enforcement is another issue, he said. It is not so much that HUD wants landlords to evict over marijuana, but that you have something in the lease language that allows for eviction in the instance of marijuana use on the property. “So it is pretty clear as far as HUD is concerned,” he said. Here are his answers to four questions on pot and apartments.

No. 1 – Tenants with a disability and medical marijuana

Question: If a tenant comes in and says I have a disability, here is a note from my doctor, I use medical marijuana, which is legal in this state, and I want to rent your apartment. Can a landlord prohibit that?

Answer: “A landlord can absolutely prohibit that because marijuana is illegal under federal law.” The landlord can say, “I understand our state allows medical marijuana but as it is still a Schedule 1 drug and I prohibit it on my premises.”

No. 2 – Marijuana is legal in my state – but what does the lease say?

Question: What if a tenant says marijuana is legal and they should be allowed to use it?

Answer: “If your lease prohibits smoking and prohibits use of illegal drugs, then the legality of marijuana at the state level is irrelevant because under federal law marijuana is illegal. If your lease does not have those types of clauses, you should talk to an attorney in your state or city to find the best solution for your lease.”

There is no law about reasonable accommodation for marijuana users, federal laws do not require it. As far as the federal government is concerned it is not ok.

“One thing I would say, and it is important, I would encourage landlords just to make everything clear,” in the leases, he said. “Clarify in a lease that you must abide by all laws state and federal.”
That is the case in residential. He said it can be different in commercial.  (There was a commercial case in Oakland, California and you can read more about it here.)

“But In residential it is not as tricky, and I am speaking very generally here,” Sachter said. “The states may have their own thing going on with legal marijuana laws, but it is still federally illegal. Make it crystal clear in your leases is my best advice,” he said. “How can you attract tenants in a state where it is legal yet protect the owners of the property? You cannot have it both ways.”

“I know in Seattle there are Airbnb bed and breakfasts that specifically market themselves accordingly, as part of marijuana tourism to come and stay in our place where it is legal.” But if a property manager doesn’t want that going on, then they have to be up front in the lease.

“If your tenant is Airbnbing to a tenant who is then using marijuana – well if you can’t catch them you cannot do anything about it. You have to prove they are doing this.  They are going to be using marijuana regardless of what the lease says.”

No. 3 – What if the tenant using marijuana is a well-paying, good tenant?

“Usually if you say, ‘No pot in my apartment’ and you find a tenant using marijuana and you haul them into court, more than likely the judge is going to say, ‘Have you stopped?’ to the tenant and ‘Are you going to do it again?’ and the tenant is going to say ‘No.”  And then judge will say, ‘Ok, dismissed.”

To put a more legalistic term on it, usually a court will be in favor of “allowing the tenant to cure the defect,” rather than evict for most things like that, Sachter said.

Technically, in Washington, a landlord would serve a 10-Day notice to comply or vacate with the terms of the lease.  This process, therefore, gives the tenant a chance to “cure” the violation before the landlord can evict. Check your local state laws on this.

What one experienced property manager says about pot

Sam Driver, Product Director for Buildium.com, and an experienced property manager at the property management software company, said as far as marijuana use in apartments, due to the newness of the legislation, the federal laws that supersede state and county laws, and liability concerns, it is not a topic that comes up a lot – yet.

“Generally, the safest solution is to choose the most conservative path-impose a no-smoking policy, which can in some cased cover outside areas, and a crime provision that includes local, state and federal laws. In many states, there are setbacks from doors, and it is particularly important if the building is a place of work which a multi-unit apartment building certainly is. So your lease should contain a provision explicitly banning smoking and illegal activity. Because the feds still outlaw it, this should be sufficient,” Driver said.

“This of course only covers the smoking angle. If a resident consumes it in another way, you’d likely never know,” he said.

Growing marijuana could put a power load on your apartments

“As for growing, that’s less clear. But in general, unless the electrical system is designed for it, the loads grow lights put on the apartment unit could be excessive. I’d consider a reasonable use clause that specifies all high load equipment, including lights, air conditioners and any kind of pump be approved by you.

“This would put you in a position to take action if they are putting too much load, without specifically calling out the use of the equipment. Pumps are a good area for monitoring, because of the intermittent load, they trip breakers, and anyone who is using a hydroponic system would need several,” Driver said.

What if I want to market my apartment to marijuana users?

“If, however, you wanted to roll the dice and market to this crowd, assuming your state laws allow it, remember that the federal laws would cover any bank deposits from proceeds,” Driver said.

“In this case, you’d be able to do it, assuming no federal intervention, in compliance with local laws. No insurer would provide EO&E (errors and omissions excepted) insurance to you, and you wouldn’t be able to deposit any funds into a federally-accredited bank. So you’d have to self-insure, and run an entirely cash business, but you could do it, risking only federal enforcement.

“The big question is, ‘Would the premium rents be worth the risk of forfeiture?’ If you run afoul of the federal drug laws, the asset seizure possibility is a huge risk. You could lose the building.
“If you’re managing other owners’ properties, then you’d be risking their assets even if you used different leases, unless you kept fully separate books, bank accounts, and co-mingled nothing. So I’d say it would be all-or-nothing,” he said.

“The timing is tricky, too. Leases contain a provision that stipulates that the contract is in force in a specific jurisdiction. If they change the laws rendering your lease out of compliance, what happens during the remaining time of the lease? Is it invalidated? Or does the contract remain in force until it expires?

ProCon.org, a 501(c)(3) nonprofit nonpartisan public charity, provides professionally-researched pro, con, and related information on more than 50 controversial issues from gun control and death penalty to illegal immigration and marijuana laws across the country. “Using the fair, FREE, and unbiased resources at ProCon.org, millions of people each year learn new facts, think critically about both sides of important issues, and strengthen their minds and opinions,” according to the company’s website.

Here are where the pot laws stand for medical and recreational marijuana in several states, how it was passed,  and what is permissible in the possession limit, according to procon.org. You can see their excellent full chart here state by state. Keep this link as they update the ever-changing pot laws in the different states.

Here are what some some states are doing with links to more information on each state’s pot laws.