Is Landlord Shooting Self in the Foot with Sloppy Language?

Q: We’ve been asked to sign a long lease that has a very odd clause in it. It says, “Landlord is not liable to tenant if anyone is not permitted or is refused entry into the building.” What do you think this is all about? –Abe B.

A: Your landlord may be worrying about litigation if the doorman, manager, supervisor or anyone else with authority attempts to limit entry to people other than residents. But it’s an odd clause, and probably worthless, because attempts to limit one’s liability in advance have to be carefully, clearly and narrowly drawn; and they will not be enforced if they are against the law or public policy.

This clause is anything but carefully worded — it attempts to absolve 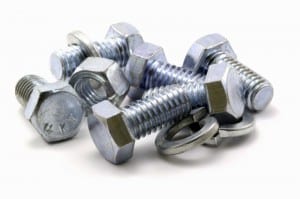 the landlord of liability to the tenant if “anyone” is refused entry, and does not specify the circumstances.

What could management be worried about? Perhaps it wants to limit guest stays, and wants the ability to refuse entry to someone who appears to have morphed from a guest to an unauthorized occupant. The way to handle this concern is to use a lease clause limiting guest stays, and to make it clear that overstaying the limit will result in a “cure or quit” notice delivered to the tenant.

Landlords who try to physically prevent the presence of a long-term guest by literally barring the door are acting clumsily and dangerously, inviting a pushing match or, worse, a claim by the guest that he has indeed become a co-tenant of his host, and is now at the receiving end of an illegal self-help eviction.

Management may also be concerned about the “types” of people who will be on its property, and may want the ability to bar visitors who appear odd or different. Again, a poor choice of methods. As many a landlord has learned, people who are treated differently because of how they look (rather than how they behave) can often fit themselves into one or more “protected classes” of people who can claim a violation of fair housing laws.

Importantly, the tenant who isn’t allowed to have a guest solely because of the guest’s race or other protected characteristic can himself bring a discrimination lawsuit, on the grounds that he has been deprived of the excluded person’s company. The clause in your lease, which attempts to head off such a lawsuit by a tenant, will not be enforced by a judge.

If management is worried about the behavior of people on its property, it will have to take a more commonsense approach to the problem. Staff should be trained to look for behaviors and actions, not appearances, that reasonable people would think signals violations of the lease (such as unapproved new residents) or danger ahead.

A young person covered in tattoos and body jewelry should not be assumed to be a troublemaker; but someone who happens to look like that and also disrespects property and house rules can legally be asked to leave.

Janet Portman is an attorney and managing editor at Nolo. She specializes in landlord/tenant law and is co-author of “Every Landlord’s Legal Guide” and “Every Tenant’s Legal Guide.” She can be reached at janet@inman.com. Copyright 2010 Janet Portman