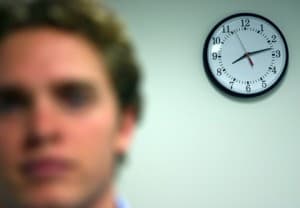 Q: Last September, I was unable to pay my rent ($1,000 per month), and incurred a late fee of $100. I paid all of October’s rent, and every month’s rent from that time onward, but I wasn’t able to pay September’s rent until now. I’ve just paid it, by paying double this month, and my landlord tells me that I owe him $1,000 in late fees — $100 for each of the 10 months that September’s rent remained unpaid. Is this legal? –Amy P.

A: Your landlord’s way of doing business is quite strange. Most landlords would never allow a tenant to remain on the property for months after failing to pay an entire month’s rent, let alone the late fee. They would send a notice to pay or quit, and if the tenant remained, they’d evict and use the deposit to cover both the unpaid rent and the late fee.

Assuming the late-fee policy was part of the lease or rental agreement, and the late fee was described as “additional rent” or the lease otherwise made it clear that the deposit could be used to satisfy sums owed pursuant to the lease, the landlord would have no trouble using the deposit to cover the unpaid rent and the fee.

Your landlord, instead, allowed an entire month’s rent plus its late fee to be carried as a debt. When you paid October’s rent, the landlord applied that money towards September’s unpaid rent and unpaid late fee, but because October’s check included only the rent, not the fee, you still owed the September late fee.

And because the October check went to cover September’s rent, October’s rent was now late, triggering another fee (and October’s rent wasn’t covered until you paid in November). The same scenario repeated itself month after month, with late fees stacking up.

Your landlord is likely to argue that there’s nothing illegal in all of this, and that the alternative (evicting you for nonpayment) would have been harsher for you. Perhaps, but let’s remember that the purpose of a late fee — and its only legal justification — is to compensate the landlord for his actual losses when the rent is tardy. These losses include the time and trouble it takes to remind tenants to pay, and the interest lost on the unpaid rent.

Measured by this standard, your landlord lost 10 months’ interest on $1,000, and the value of the time he spent dealing with your tardiness. It’s preposterous to suggest that a $1,000 debt resulted in $1,000 worth of lost interest and costs.

And incidentally, a late fee that’s 10 percent of the rent may be illegal itself; many states limit the maximum fee allowed, and only a couple allow the fee to go that high.

Before refusing to pay the fee and risking an eviction lawsuit, consider taking your question to a local lawyer. The precise wording of your late-fee clause, and your state’s law on the subject of late fees, may add something to this analysis.