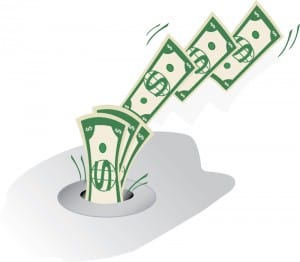 An Iowa City, Iowa landlord caught in a messy legal battle was dealt another blow when a judge declared that several key sections of the landlord’s standard lease agreement are illegal. In a major victory for the tenants who brought the lawsuit, the judge granted approval of class action status, which means even more tenants who may have signed the same lease agreement can now join in the claim for damages. In addition, the judge invalidated a number of provisions in the landlord’s lease, including one that imposed an automatic carpet cleaning fee, fees related to maintenance, and several paragraphs that served to shift the landlord’s liability. The landlord argued that these provisions were not illegal, and regardless, the tenant bringing the lawsuit was not harmed by the provisions because they were not being enforced. But the judge found that several provisions violated Iowa’s state law on points that are illegal in other states as well. In particular, the “standard” lease included an automatic deduction from the security deposit for carpet cleaning regardless of the condition of the carpet at move-out, indemnity and liability-shifting provisions that included theft, fire, wind, rain, snow or “otherwise”, and affected everything from parking, laundry, security measures, and refrigerators. The lease shifted the burden to tenants to maintain common areas in addition to keeping individual unit habitable, and also provided for liquidated damages in the event of a breach, despite the landlord’s actual damages. The judge declared each of these provisions invalid based on Iowa’s Uniform Residential Landlord and Tenant Law. That law provides that landlords are responsible for habitability, and must exercise due care in avoiding injury to tenants. Those duties, according to the court, cannot be limited or shifted by the lease. The court found that a tenant can only be liable for repairs or damage if deliberate, negligent or knowingly permitted. Additionally, a landlord can never claim more than their actual damages against the tenant. This case will continue while the courts determine whether this landlord has further legal liability for violating consumer protection rules. The tenants’ attorney has asserted that the illegal provisions were included on purpose, and that had the affect of intimidating inexperienced renters. American Apartment Owners Association offers discounts on products and services for all your property management needs. Find out more at www.joinaaoa.org.

Read more
The Evolution of Lease...
COVID-19 changed just about everything, the way we shop, socialize, travel and work.  In many...
Read more
Should A Landlord Use...
Should A Landlord Use The Seller's Agent When Purchasing A Property? When your rental properties...
Read more
What Your Tenant May...
What Your Tenant May Try To Hide From You How well do you know your tenants? Even well-intentioned...
Read more
Smart Tips For Renting...
Posted on Jan 4, 2018 Particularly in proximity to business centers, condos are a smart investment...
Read more
Guide: Renting-To-Own...
Posted on Oct 12, 2017 While there are many benefits of being a landlord, the time may come when you...
Read more
Tips For Selling A...
Posted on Oct 06, 2017 When you want to sell a unit while it's occupied by a tenant,...
Read more
How To Evict A Tenant
No property owner ever gets into real estate wanting to go through the eviction process, but sometimes...
Read more
Are Online Applications...
Much like the homebuying process, renting an apartment is no longer restricted to scanning the...