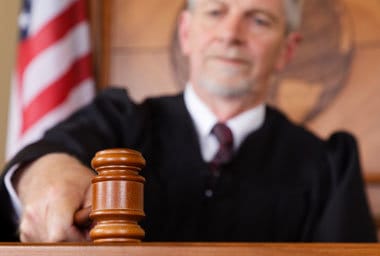 A long-running case brought by multiple landlord groups is set to resolve this week as the organizations try to block a city rental registration program aimed at absentee landlords.

The case was brought in 2015 by the North Huntingdon-based Landlord Services Bureau, along with three rental property owners, in an attempt to block Pittsburgh City Council’s ordinance requiring landlords to pay a per-unit fee for inspections and processing.

The Apartment Association of Metropolitan Pittsburgh, which represents some 200 companies owning 30,000 units in the city, later joined the plaintiffs.

The city has said the program, which is not currently in effect, was meant to hold absentee landlords accountable.

For example, some property owners register themselves as a limited liability company and set their business address as a P.O. box, making it difficult to track them down, city officials said at a Tuesday hearing.

But the landlord groups said the law and its associated fees, including an annual $65 permit fee, would constitute an “illegal revenue-generating tax” on rental property owners, court filings read.

They argued the city overstepped the boundaries laid out by the state’s Home Rule Charter and Optional Plans Law, which prohibits the city from putting duties, responsibilities and requirements on private businesses.

It was the same argument that was used to initially overturn another 2015 ordinance mandating paid sick leave for businesses in the city limits, but the city appealed that loss into a victory at the Pennsylvania Supreme Court in 2019.

In that case, the high court found that the law benefited the public health and fit within the state’s Disease Prevention and Control Law.

The litigation now in front of Allegheny County Common Pleas Judge Joseph James could also be appealed, but the four-day hearing, set to end Friday, will be the first time the issue has come anywhere close to a conclusion.

Similar legislation, requiring landlords to register with the city and billing them for police calls to their properties, was passed in 2007 under Mayor Luke Ravenstahl and included a $12 per rental unit fee to be paid every other year.

That legislation was also halted after a lawsuit from AAMP. It was eventually terminated in 2016 by the Allegheny County Court of Common Pleas.

After a 2017 order by Judge James stated the 2015 ordinance was “a valid exercise of legislative authority” and does not violate the state’s Real Estate Licensing and Registration Act, the center of the current case became whether the $65 fee constitutes an illegal tax.

It is, AAMP wrote in a pretrial statement, because “it aims to generate City revenue through regulating the business of rental housing.” It also called the fee “excessive” and “improperly calculated.”

The group claims Maura Kennedy, the former director of the city’s Department of Permits, Licenses and Inspections, made the “shocking admission” in a deposition that the fee was charged for the purpose of regulating the rental business.

“However shocking this admission, trial will demonstrate the $65.00 fails miserably in [correlating] the fee to the costs for the business services regulated by the City,” AAMP wrote.

It also wrote that the city’s calculation of income and allocation across rental units, which was used to determine the fee, is “fundamentally flawed because they are based upon a speculative number far below the unit numbers reflected in the data used by the City.”

But the city has stood by its argument, saying the plaintiffs will be unable to prove such a case. Among their justifications for the fee are the costs to maintain the organization overseeing regulation and enforcement, which would include insurance, payroll and billing.

“The Plaintiffs,” the city wrote, “are unable to meet their burden in this matter.”