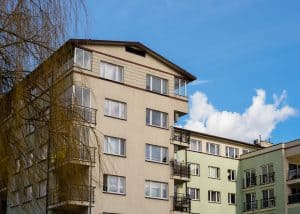 An Allegheny County judge ruled on Tuesday that the city may not enforce a rental registration program aimed at absentee landlords until they set “a fee that is fair.”

The fees were determined by the number of units in each building. For buildings with 10 or fewer units, the fee was $65, if the building had between 11 and 100 units it was $55 and $45 for buildings with more than 100 units.

The city had proposed this ordinance to hold absentee landlords accountable, they had previously said.

But the landlord groups said the law and its associated fees would constitute an “illegal revenue-generating tax” on rental property owners, court filings read.

Ultimately, the court found that the proposed rental registration fee “is excessive and that it is an impermissible tax,” according to the case summary.

The court’s decision also noted that the city will not be able to enforce this ordinance until the fee they set is “fair, reasonable and not grossly disproportionate to the cost of maintaining the program.”

This case was originally brought forth in 2015, by the North Huntingdon-based Landlord Services Bureau and was later joined by the Apartment Association of Metropolitan Pittsburgh, which represented about 200 companies that own over 30,000 units within the city.