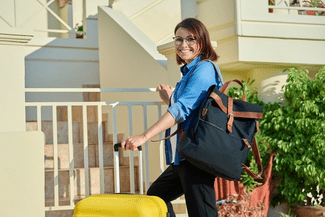 Investment firms are sinking millions into the short-term rental market as competition intensifies among buyers of traditional rental properties.

Property price inflation driven by low interest rates has crowded the borrowing and purchasing space for long-term rentals. As a result, investors are now turning to more niche areas, according to The Wall Street Journal.

A handful of recent deals signal a desire by investors to cash in on a corner of the market that has surged in demand as tourism resumes and workers become more mobile. Saluda Grace has partnered with AvantStay Inc. to buy $500M worth of homes. Andes STR, an Airbnb management company, is teaming up with Chilean investment firm WEG Capital to buy $80M worth of U.S. properties.

Saluda Grace also plans to raise debt by selling mortgage bonds backed by its short-term rental properties, in what it calls the first-ever vacation-rental mortgage securitization, per the WSJ.

The U.S. short-term rental market reached its highest growth rate since the onset of the pandemic in October, according to GlobeSt. Property owners are cashing in on high levels of demand by increasing their average daily rates, which reached $243.28 in October, an increase of close to 25% compared to two years prior.

AvantStay plans to emulate the model created by investment firms that bought thousands of single-family-rental homes in the years following the 2008 financial crisis, which helped boost property values and attract lenders.