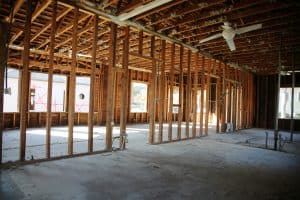 Eighteen months into the pandemic, offices in the Washington D.C. Metro remain overwhelmingly empty. And with remote work taking hold, it’s unclear when — or if — they’ll return to full occupancy.

And so, owners are adapting.

“There’s no question across the country, people are looking at office buildings and asking, ‘what is the best utilization of this real estate?’ especially since the pandemic,” John Kevill, principal and president of U.S. capital markets at Avison Young, told Commercial Observer. “Adaptive reuse is occurring wherever it makes economic and physical sense.”

Developers around D.C. Metro are certainly subscribing to this trend, as numerous conversions are in the works. With office vacancy rates near record highs due to the pandemic-induced shift to remote work, and a workforce that has tasted the freedom of working from home, it only makes sense that developers will capitalize on opportunities for conversion.

The two buildings were completed in 1986 and currently total 125,600 square feet.

“Serious conversations about actively pursuing the opportunity at Towngate North conversions occurred in late 2019,” Gregg Hughes, senior vice president operations for Brookfield Properties Development in Washington, D.C., told CO. “It was always our intention to convert the commercial spaces into luxury condo residences. We just recently took ownership of the buildings as the conversion work began.”

Often, it’s buildings like these — historic edifices with lower heights — that pose opportunities to create a unique product that can’t easily be replicated in ground-up construction, by preserving architectural features and embellishments.

Hughes noted that the Towngate buildings’ footprints and ceiling heights lend themselves nicely to non-cookie-cutter living spaces. Additionally, the location is the perfect setting for condo residences.

“Northern Virginia has seen a boom in development over the past few years, and an exponential set of starts since the announcement of both Amazon HQ2 and the Virginia Tech Campus,” Hughes said. “Opportunities for urban land development are  scarce, and limited opportunities often carry costly price tags. Older office buildings, outshined by newer commercial spaces are now a prime and viable alternative.”

Elsewhere in D.C. Metro, Lincoln Property Company has applied for a zoning permit to transform the former home of the Department of Homeland Security at 1125 15th Street, NW, into 264 residential units above 2,618 square feet of retail, according to UrbanTurf.

The 50-year-old office building was put up for sale last year after DHS vacated its space.

Hickok Cole is set to be the architect on the development and it will include below-grade parking and a rooftop pool. The first building is slated for occupancy in October 2022, and the second building projected for delivery in early 2023.

Last month, JBG SMITH abandoned its plans for one of its proposed office developments in National Landing, the Arlington development that will be home to Amazon’s upcoming 4 million-square-foot HQ2 and a $1 billion innovation campus for Virginia Tech.

The original plan was to turn the one-story 2250 Crystal Drive and the adjacent 11-story, vacant building at 223 23rd Street into a mixed office and residential complex, consisting of  a 520,000-square-foot office building and 645 apartments. But the new plan wiped out the office component. JBG is now looking to build two 30-story residential buildings of approximately 1,440 units.

In August, The Wolff Company received $127.5 million in construction financing from Pacific Western Bank to convert three office buildings in Falls Church, Va., to multifamily. The properties are within the eight-building Skyline office park in the Bailey’s Crossroads section of Falls Church.

And it’s not just the office-to-residential sector that’s seeing the boom. Avison Young’s Kevill noted that in certain markets, office buildings that can handle large floor loads and have large ceiling heights are being converted to life science and lab space. It’s all part of a larger trend of adaptive reuse.

But while multifamily is hotter than office at the moment, conversion from office to residential is not always the best use case for the property.

“On the office-to-residential side, it’s definitely happening, but it’s almost episodic depending on what the characteristics of the office building are,” he said.

“In certain CBDs — New York, D.C. and some urban locations — we have older small-plate buildings with great window lines, and office rent is lower, [so] you can configure the building to be residential.”