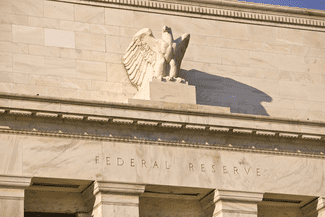 Those under the age of about 36 or 37 probably haven’t worked in real estate at a time when interest rates were higher than 1% in the UK, or maybe 3% in the U.S. Now they may be in for a shock.

Since 2008, when central banks in the U.S. and UK dropped interest rates to near zero to boost the economy, rates have been below real estate yields (cap rates for U.S. readers). Investors paid a lot less in interest rates than they took in from rent and could sweep the difference off the table. That gap between rates and yields drew ever more investors to the sector, driving prices up.

But in the past week, both the Federal Reserve and the Bank of England have hiked rates, by 0.5% and 0.25%, respectively, to combat inflation that is rising fast and hitting highs not seen for more than 25 years. Rates are still below property yields, but both central banks have said there are more rises to come — and that cozy cushion is being eroded quickly.

So how is it possible to make money in real estate investment when that arbitrage is no longer so pronounced and rates are rising to combat inflation? Bisnow spoke to industry veterans who have worked in more than one period of high rates, usually caused by high inflation, to gather insight into how to invest in an environment that is less than benign for property.

One thing seems sure: It is much harder to be an investor that relies on debt when interest rates are higher.

At different points in the 1970s and 1980s, property yields were actually lower than interest rates as economic uncertainty pushed investors toward the safe haven of real assets.

But the investment market at these points was dominated by institutions that did not need to use debt in order to buy — if yields are lower than rates, then on day one investors are paying out more in interest than they are receiving in income, which is not impossible to sustain, though not ideal.

“We think as rates do go up, the debt-financed guys won’t be able to compete as much in sectors like logistics, and that will benefit equity investors like us,” CBRE Investment Management Chief Economist and Head of Insights & Intelligence Sabina Reeves said.

As interest rates go up, if incurring debt is required, the market favors larger investors that can issue corporate bonds. Those tend to have lower interest rates than loans secured against individual properties.

Beyond using more equity than debt, real estate investors are going to have to think about something that hasn’t needed to be at the forefront of their mind for the past 15 years, but is always nice to have: rental growth.

“In some ways, because bond yields have been so low, people have been less focused on the growth potential of assets,” Seven Dials co-owner and Director Mickola Wilson said. “When people are valuing assets against bond yields of zero, and real estate can produce a total return of 6% without debt and that outdoes bonds and equities, you didn’t have to look at growth rates as much.”

If one has only ever known an environment in which interest rates are zero, it almost didn’t matter whether rents grew or not: It was possible to collect more in rent than was paid in interest, and there was likely to be someone willing to buy it for what was paid or more when it came time to sell.

That is not necessarily going to be the case now. Mickola compared the situation today to the 1970s and 1980s when the real estate industry had to improve the quality of its analyses.

“Real estate was decades behind bonds and equities in terms of the research it undertook, and how it justified the rental growth projections it was putting forward,” she said. “You were basically just licking your finger and putting it in the air. People are going to have to start understanding where the rental growth for individual buildings is going to come from in a lot more detail.”

When it comes to finding assets that will perform well in an environment of higher inflation and subsequent rising rates, CBRE IM’s Reeves said “you want to be in sectors that benefit from structural trends like urbanization and digitization, rather than those that are cyclical”.

Whether property is a good hedge for inflation is perhaps the key real estate investment question of the day (Reeves thinks it generally is; Chande is not so sure). But that question is perhaps too blunt. Some real estate assets will be a good hedge for inflation and perform well if rates go up because the rents they generate will go up either in line with or faster than inflation.

Those that seem most likely to benefit, those in the market said, are logistics assets, rented residential and assets in sectors like life sciences. All of those sectors have a good balance between supply and demand, and prices can be increased to capture growth in inflation.

“Some people think logistics is priced for perfection, but if you look at the big specialists like Prologis or Pannatoni, they are all bullish and predicting rental growth of 20-30% in the next year,” Reeves said.

Rented residential, like multifamily or build to rent, has the ability to capture  price inflation — but just because you can raise rents doesn’t mean you should. Increasing residential rents in line with inflation when it is at 5% or more might look appealing to landlords, but it risks creating political pushback. In sectors like affordable housing, which traditional real estate investors have embraced in a big way in recent years, the idea of increasing rents by 5% for lower-income renters risks creating an outcry.

“Even before the current spike in inflation you were getting political pushback against the idea of rising rents,” Reeves said, citing cities like Berlin and Barcelona in Europe where rent controls have either been introduced or are in train. The rent control debate in the U.S. in large cities like New York constantly simmers.

Once you’ve picked your asset that you think is going to benefit from inflation and be resilient to rising interest rates, at that point, the structure of your lease becomes important, Clearbell’s Chande said.

“Ideally you want to have something with annual uplifts linked to inflation, or with short leases, perhaps every two to three years, which allows you to increase the rent,” he said. “A 10-year lease with a review every five years isn’t much good to you.”

Chande pointed out that alternative asset classes like student accommodation or rental tend to have shorter tenancies, therefore allowing that opportunity to capture growth.

There’s no one-size-fits-all approach when it comes to real estate and rising interest rates. There never is with real estate, which is what makes it such a unique asset class.