How Apartments Can Bail Out the Struggling Office Market

The office market remains in the dumps. Downtown vacancy rates are the highest they’ve been since 1994. Many central business districts have now had seven straight quarters where more office space was vacated than was leased. In a world of more remote and flex work, office buildings are dealing with both too much supply and not enough demand. That’s where the red-hot apartment market comes in.

Building more apartments in urban centers — perhaps even converting some aging office towers into residential units — can help stabilize the office market by removing supply and creating new demand, a necessary pivot now that suburbanites are less likely to be willing to make lengthy commutes. 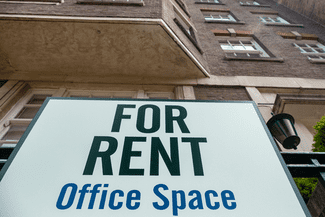 The problem facing office districts is worse than they appreciate. By the end of January, only half of New York City office workers are expected to be back on an average weekday, and that number isn’t expected to grow significantly over time. Maybe eventually it gets to 60%, and maybe office tenants in the future rent more space per worker than they did in the past. But even in that scenario demand for office space would be down 20% to 30% compared with pre-pandemic levels.

That new baseline would create winners and losers. Trophy office buildings in the most vibrant parts of town will continue to do well, just as high-end malls have largely avoided the “death of malls” narrative that’s plagued much of that industry over the past decade. That still leaves a lot of questions for aging buildings in neighborhoods that didn’t have a lot of non-office activity before the pandemic.

Which is where the hot apartment market comes in. Rents have soared this year and vacancy rates have plunged as people look for new post-pandemic housing arrangements, in part due to the jump in wage growth for workers over the past year. So as urban land parcels wait to be developed, an apartment developer is more likely to buy the lot than an office developer. Given the elevated office vacancy rates, this should at least prevent a glut of new supply hitting the market over the next few years.

Economics 101 would suggest converting some existing under-utilized office buildings to residential units, though in reality this has practical challenges given the difference in construction between the two types of buildings. Still, if such conversions can pass muster with real estate bean counters, it’s worth considering.

There’s more to the argument for building apartments instead of offices than the fact that there’s excess demand for one and excess supply for the other. The kind of person interested in living in a downtown apartment is probably more likely to want to work in an office building than someone who lives miles away in the suburbs.

When e-commerce reduced the amount of “commuter demand” for shopping in malls, some outlets responded by adding apartments and hotels on site to generate their own local demand. The same dynamic is happening in the office market now that many suburban workers have the option of working from home. If you can’t count on suburbanites to make the trek to downtown office buildings, you need residents close by who have shorter commutes or can even walk to work.

We still have a few more months where office landlords can hope a flood of commuters will return to the office (once any winter wave of Covid-19 has passed). But it’s probably going to be more like a trickle, with “new normal” levels of commuting not being enough to make a lot of existing office properties viable as they exist today. The necessity of building apartments in office-centric downtowns isn’t just about meeting the need for new housing — it will help ensure office districts avoid the kind of downward spiral that’s possible if something isn’t done to stabilize them.

Read more
5 Biggest Mistakes...
After a long search, you finally bought the perfect property. You like the location. It’s all fixed...
Read more
2022 Could Be When...
Lower-waged job growth, the end of “bargain” rents, and build-to-rent single family homes could...
Read more
As NY’s Eviction...
Hundreds of thousands of households across the state already owe back rent as a result of the pandemic,...
Read more
How to Avoid Housing...
Children need good, safe places to call home, just like everyone else. Federal and state housing laws...
Read more
Renter Churn: Which...
Over the last 20 months, unprecedented shifts have led to new migration patterns. And while some...
Read more
Maryland...
Transit-oriented developments — high-density, mixed-use communities close to public transportation...
Read more
Guide to Negotiating...
In the course of your duties as a landlord or property manager, you’re likely to come across the...
Read more
How To Form A Great...
You'll need trust and a whole lot of patience. So you've accepted recommendations, then...