It’s tough to keep moving forward if you don’t consider what is waiting to trip you up. 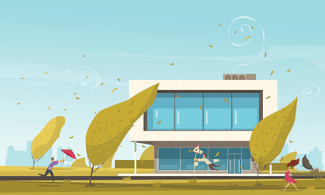 There are usually multiple ways to look at anything. In the case of the Yardi Matrix National Multifamily Report for March 2022, you could emulate the late lyricist Johnny Mercer: accentuate the positive, eliminate the negative, and don’t mess with Mister In-Between.

But what works for an upbeat song isn’t necessarily good for business planning. There is ample good news of increased asking rents and occupancy rates, but in a sense, that’s all in the past. The question investors and operators must ask is what might be coming.

One big consideration is rent growth. “Asking rents increased by $34 nationally, up 2.1%, in the first three months of 2022, which is record growth for a first quarter,” the report said. However, that’s unlikely to continue for a few reasons. One is slowing economic growth as inflation continues to take a toll on activity. Slower growth will affect incomes, meaning the likelihood of fewer gains to cover costs of higher rents. The war in Ukraine is also an issue, according to Yardi because that could help sustain inflation, especially with the effect on energy prices.

Inflation means higher interest rates as the Fed tries to cool the economy. But multifamily acquisition yields are low, at a 4.5% average and down into the threes for prime locations. “Low cap rates caused little concern when the risk-free rate was 1% and the typical mortgage coupon was 2.5% to 3.5%, but when the cost of capital gets more expensive, low yields can complicate transactions and refinancings,” the report says.

Then there’s household formation. “Although official numbers for 2021 have not been released, some estimates put the number of new households formed in 2021 in the two million range, which makes sense given record multifamily absorption of nearly 500,000,” the report says. “Household growth and absorption are likely to slow to more normal levels in 2022, to about half of last year. That would presage healthy—albeit more moderate—gains in multifamily fundamentals.”

Also, rent growth is not at all nationally even. Migrations to the southeast and west are a big force in rent growth, presumably because there’s a lot of new construction happening, which means higher costs given rising building materials and labor expenses and a steady stream of asking rents not tied to previous occupancy.

Occupancy is cooling in some high-growth metros—that is, the very west and southeast that has led growth because of demographic migration. “Occupancy rates in several markets have decreased over the last year as demand hasn’t kept pace with deliveries,” the report says. “Phoenix showed the largest decrease in occupancy (-0.5%) in March, followed by the Inland Empire and Las Vegas (-0.4%) and Sacramento (-0.3%).”