Higher flood insurance prices could be a game-changer 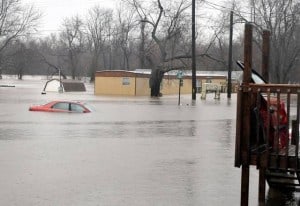 FEMA’s new methodology will increase premiums for 77% of families, and lawmakers are worried they will drop out of the program

A new pricing methodology intended to promote fairness and solvency to the federal National Flood Insurance program will increase costs for most families nationwide, and members of both political parties are mobilizing to stop it.

The Federal Emergency Management Agency (FEMA) is implementing its so-called Risk Rating 2.0 policy on Oct. 1. Federal officials say that it will deliver rates that are equitable, easier to understand, and better reflect a property’s risk. Removing the subsidy will force families to move to safer areas, considering rising risks due to climate change, the agency says.

But lawmakers are worried that thousands of families will drop out of the program over the next decade because of unaffordable premiums. Through the National Flood Insurance Program (NFIP), a network of insurance companies deliver the insurance to five million policyholders. On average, the premium is $790 annually.

The rates have been based on static measurements: essentially, whether the property is in an area expected to flood due to river overflows, storm surges, or coastal erosion. However, it does not consider individual risks of each property, such as flood type and frequency, distance to a water source, or even the cost to rebuild the house.

“Subsidized insurance has been critical for supporting coastal real estate markets,” Benjamin Keys, a professor at the University of Pennsylvania’s Wharton School, told the New York Times. Removing the subsidy will likely change where homes are built and what the market values will be, he said. “It’s going to require a major rethink about coastal living.”

In considering the new methodology, FEMA estimates that 23% of families will see a decrease in their premium during their policy’s renewal. Another 66% will have increases between $0-$10 per month on average, and 11% will pay more than $10  per month on average.

“The NFIP’s new rating methodology is long overdue since it hasn’t been updated in more than 40 years,” said David Maurstad, senior executive of the National Flood Insurance Program. In a conference call last week, he said the policy follows Biden’s administration call to deliver equitable programs for all.

Still, lawmakers on both sides want to delay the new policy implementation. New customers will adopt the methodology next month, and those renewing will be subject to the new method on or after April 1, 2022.

In a letter to House Speaker Nancy Pelosi, 38 members of Congress – including 19 Democrats – said that the changes come at a time when communities are dealing with the Covid-19 pandemic and recovering from the Hurricanes Ida and Henri.

“The additional burden of up to double-digit rate hikes by FEMA for our constituents, especially those in low- and moderate-income communities, is too much for them to bear,” they wrote in the letter.

A group of nine lawmakers also sent a letter on Sept. 22 to Deanne Criswell, FEMA’s administrator, saying that they support more updated methodologies to help the solvency of the NFIP, but they are concerned about premiums rocketing.

They cited that roughly 900,000 policyholders will drop out of the program over the next 10 years in large part due to unaffordable premiums under Risk Rating 2.0.

In response, FEMA says the new policy will result in a net increase in the number of people who purchase flood insurance. The internal analysis cited was based on narrow assumptions, the agency added.

Congress established the NFIP in 1968 to provide flood coverage funded by policyholders’ premiums and subsidies from the U.S. Treasury.

In April, the Congressional Budget Office (CBO) published a document about the impact of climate change on the U.S. budget. It says the flood insurance program deficit will grow unless premiums are adjusted to flood risk. The most recent estimate shows an expected deficit of $1.4 billion per year, but it was based on 2016 data.