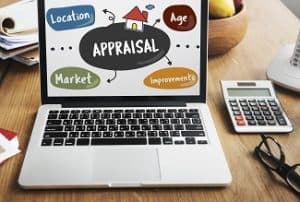 Sandra Thompson, acting director of the FHFA, said both Fannie Mae and Freddie Mac will allow appraisals to be conducted remotely, using public records such as listings and tax appraisals, for purchase loans starting in early 2022.

The crowd erupted into applause on the appraisal news, which Thompson announced at the Mortgage Bankers Association Annual Convention and Expo in San Diego. It’s the trade association’s first large-scale in-person event since its 2019 convention, with some 3,500 in attendance.

Thompson said that “frictions in the appraisal process” can slow down the mortgage process, a problem she said is particularly acute in rural communities. Appraisers often spend much of their day driving from property to property, Thompson said.

Allowing desktop appraisals was one of a number of short-term appraisal flexibilities the agency announced in March 2020. Those flexibilities expired earlier this year. But the regulator was apparently moved by feedback it received after its December 2020 request for information on appraisal processes.

“This can help each appraiser complete more loans in a day, and it can also help rural communities more readily obtain a necessary appraisal when the borrower is purchasing a property,” said Thompson. “This certainty should allow lenders, borrowers, and appraisers alike to take advantage of the efficiency gains that desktop appraisals can provide.”

For RefiNow and RefiPossible, the new income threshold will be raised from 80% of area median income to 100% of AMI. The GSEs will also remove the 10-year seasoning cap from the original program.

The changes are geared toward making the programs easier for lenders to offer, by increasing the overall eligible population and addressing “operational frictions” for lenders. Take up among lenders has been slow, Thompson said.

Despite a historic refi boom, Thompson said, the share of refinance loans made to borrowers below 100% of area median income has dropped.

“These borrowers risk being left on the sidelines during a generational opportunity to lock in more sustainable monthly payments,” Thompson said. “And these are often the very people who could most benefit from adding breathing room to their budget.”

Thompson said that not everyone is in a place to qualify for a refinance.

“But that alone doesn’t explain the gaps we are seeing in refinances to creditworthy Enterprise borrowers,” said Thompson. “And we know from experience with HARP and with programs for lower income and minority borrowers that those with smaller balances tend to get left behind when it comes to refinancing opportunities.”