New York Attorney General Letitia James announced an agreement resolving her lawsuit against landlord John Kiggins and his company, Endzone Properties, Inc., for failing to protect children from lead paint hazards in Syracuse. The lawsuit, filed in October 2021, alleged that Kiggins and Endzone endangered the health of its tenants, primarily children, by repeatedly violating lead paint laws and failing to properly address related hazards. As a result, at least 18 children residing in 17 different properties owned or managed by Endzone experienced lead poisoning. 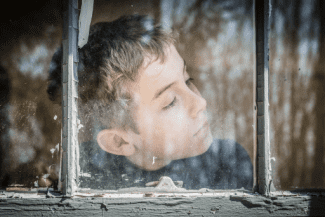 The agreement, negotiated in partnership with Onondaga County and the City of Syracuse, permanently bans Kiggins and Endzone from managing or owning residential rental properties in the state of New York. The agreement also requires Kiggins and Endzone to pay $215,000 that will be used to prevent the exposure of children to lead paint within the City of Syracuse or Onondaga County, and/or to provide assistance to the families affected by lead poisoning.

An investigation by the Office of the Attorney General (OAG) in 2020 found that over a period of more than six years, at least 18 children were poisoned by lead paint while residing in 17 of Endzone’s estimated 89 properties. During this same period, at least 32 Endzone properties were flagged by the City of Syracuse and Onondaga County for chipping, peeling, deteriorating paint, and other conditions conducive to lead poisoning, which are prohibited by county and city laws. The OAG also found that Kiggins and Endzone engaged in repeated illegal and fraudulent acts by either not providing federally required lead disclosures or providing materially false and deceptive lead disclosures to tenants and purchasers of Endzone properties.

Lead is a highly toxic metal that can cause serious and irreversible adverse health effects. Children who have been exposed to even very low levels of lead are at risk for neurological and physical problems during critical stages of early development. No safe lead level in children has been identified. Children under the age of 6 are more likely to be exposed to lead than any other age group, as their normal behaviors could result in them chewing lead paint chips; breathing in or swallowing dust from old lead paint that gets on floors, windowsills, and hands; and lead can be found in soil, toys, and other consumer products.

Lead paint in residential housing has been a pervasive problem for decades, particularly in New York. Beginning in the 20th century, paint with dangerously high levels of lead was used on both exterior and interior surfaces of housing in the United States. Lead paint has been found in approximately 43 percent of all of New York dwellings. Although New York banned the use of lead paint in 1970, with the federal government following suit in 1978, buildings constructed prior to 1978 often still have lead paint. More than 90 percent of Syracuse’s housing stock was constructed prior to 1978. The vast majority of these dwellings were constructed before New York banned lead paint in 1970.