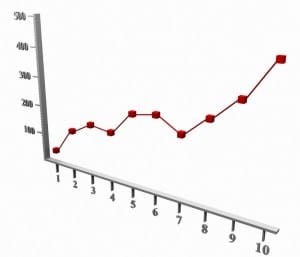 However, the drop is in major city apartment markets.

New York City is leading the way in both lower vacancy and higher rents.  Reis is reporting an increase in rents attributable to better job conditions and confidence among renters that they’ll be able to hold a job during a one-year lease.

The numbers also take into account the high degree of rent concessions available the first half of the year.  Those concession appear to be waning in city apartment rentals.

This is in stark contrast to the first quarter 2010 numbers, where vacancies hit an all-time record high.

Some cities are still experiencing high vacancy, including Las Vegas and Miami.  These areas were especially hard-hit by an inventory of foreclosed single-family homes converted to rentals, or more easily accessible to first-time home buyers.

The apartment vacancy numbers also indicate a renter preference toward lower-priced existing buildings over higher-priced new construction, and this gives rise to concerns over the possible negative rental market affect which could come from the number of new apartment construction projects slated for next year.

In contrast, the U.S. Census Bureau reports higher vacancy rates as a national average, with little change.  Those numbers include homes for rent, and reflect that the inventory of homes is going down, but still not completely absorbed.