Home·Property Management·Financing·Recession Officially Over – But Is It Good News for Landlords?

Recession Officially Over – But Is It Good News for Landlords?

Print Friendly
It’s now official. The Great Recession is over. That, according to a large majority of leading economists. 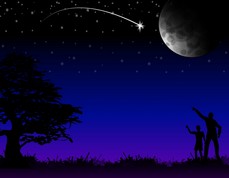 What has the experts gazing cautiously up at the sky without bracing for falling debris?

The Commerce Department’s Bureau of Economic Analysis released data Thursday on GDP in the third quarter – and it was good news.

According to the report, real GDP increased 3.5 percent at an annual rate in the third quarter, after declining in five of the preceding six quarters. The gain marked the largest quarterly advance since the third quarter of 2007.

U.S. Commerce Secretary Gary Locke issued the following statement in response to the news:
“Today’s numbers indicate that the tough decisions this administration made to rescue the economy from the abyss were correct. We are headed in the right direction, and even though there are still too many Americans out of work and still much work to be done, without the action taken in the early days of this administration, the pain families are feeling today would be much worse.
While most economists agree that the recession has halted, they are also cautious about sustained recovery.
In fact, in a survey by the National Association for Business Economics, the vast majority of business economists believe that the recession has ended but that the economic recovery is likely to be more moderate than those typically experienced following steep declines.
“The NABEpanel upgraded the economic outlook for the next several quarters, compared with the previous survey,Ã¢‚¬ according to NABE President-elect Lynn Reaser, chief economist at Point Loma Nazarene University.
Following a sharp 6.4 percent (annual rate) contraction in the first quarter of this year and another 0.7 percent drop in the second quarter, NABE forecasters expect real GDP to rise at an above trend 2.9 percent rate in the second half. The more-than-three-year downturn in the housing market is very close to coming to an end, with substantial growth (from a low base) expected for next year.”

According to the survey, the key areas of concern involve the large increases in federal debt and unemployment rates that are expected to remain very high through next year.

The unemployment rate is forecast to rise to 10 percent in the first quarter of next year and edge down to 9.5 percent by the end of 2010.

We have already seen how the high unemployment figures have driven up vacancy rates. With fewer qualified applicants, properties may sit vacant for a longer time, or landlords may have no choice but to lower rent or offer other incentives to keep properties filled.

Congress is acting to extend unemployment benefits once again, which at least provides existing tenants who lose a job some income source for rent payments.

All the while housing numbers are improving, recent reports show that the vast number of home sales is in the lower end of the market, to those using the first time buyer credits – previous renters who can now afford a home of their own.

Yet, according to NABE, inflation is expected to remain contained throughout 2010. “The good news is that this deep and long recession appears to be over, and with improving credit markets, the U.S. economy can return to solid growth next year without worry about rising inflation.Ã¢‚¬