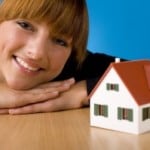 for 2014 showing that multifamily growth will be favorable, but will also moderate and become more in line with long-run historical levels.

Multifamily rent growth and vacancy in the coming year will be consistent with long-run average performance at the national level, but will slow a bit from 2013.

Cap rates will remain below 7% for the next few years. As interest rates rise, the cap rate spread will tighten. The projected positive effective income growth will drive property values higher, albeit at lower rates than last year.

National level gross effective income is expected to slow to 3.2% from 3.6% in 2013, and vacancy rates will increase to 4.7% from the current 4.1%. The Denver, Seattle, Chicago, Boston, and California markets are projected to top the list of the markets with strongest effective income growth.

As the job market continues to recover, many young adults are expected to return to the active labor force, potentially creating additional demand for multifamily rental units.

The Freddie Mac Multifamily Investment Index shows that multifamily will remain an attractive investment for the next few years. The Index, which measures the relative attractiveness of investing in multifamily properties over time, was at 146.3 for the third quarter of 2013, well above the historical average of 124.6.

“As the broader economy continues to grow, we expect the overall multifamily sector to remain strong in 2014,” says David Brickman, Executive Vice President of Freddie Mac Multifamily. “Revenue growth in the industry will continue to perform near or above historical averages, but at lower rates than the previous two years. The growth in some markets, however, has already slowed down and vacancy rates in a select few are inching up.”

A short preview video and the complete outlook are available here.