Investors Coming Off the Sidelines 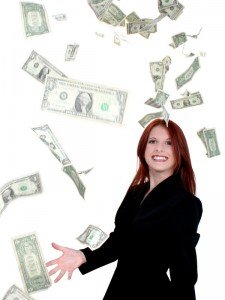 For the second consecutive quarter, 60% of respondents said markets were tighter (lower vacancies and/or higher rents) than three months ago. The Market Tightness Index recorded its second-highest January reading on record at 78. (A reading above 50 indicates improving market conditions.)

“Rising apartment demand reflects a drop in demand for homeownership in today’s marketplace,” said NMHC Chief Economist Mark Obrinsky. “This growing demand against the backdrop of the lowest apartment starts in 40 years”barely enough to offset the units lost to demolition and obsolescence”will result in further tightening in the apartment sector in the near term.”

These strong fundamentals are bringing investors off the sidelines. The Equity Financing Index rose to a record high of 74, with the highest percentage (52%) ever of respondents saying they had greater access to equity capital in the past three months. Sales volume also remains strong, with an Index score of 62, the sixth consecutive quarter it has remained above 50.

While the apartment sector outperformed the overall economy in 2010,” noted Obrinsky, “that can’t continue indefinitely. The consensus forecast is for moderate economic growth this year, which should provide additional support to the apartment market.

The Market Tightness Index rose slightly from 77 to 78. The majority (60%) of respondents reported tighter markets; only four percent said markets were looser. This is the fourth straight quarter that the index topped 50.

The Equity Financing Index rose to a record high of 74. More than half (52%) indicated that equity financing conditions were better than three months earlier”also an all-time high as well as the first time that a majority of respondents thought equity finance conditions had improved.

The Sales Volume Index decreased to 62 from its record high of 84. This was the sixth consecutive quarter the index has been above 50, indicating improving sales volume. Thirty-four percent of respondents said sales volume was higher this quarter; over half (52 percent) noted that the level of sales activity was unchanged.

The Debt Financing Index fell to 48 from 82. The sub-50 level for this index is the result of higher interest rates”the yield on long Treasury securities rose by 80 bps in the last three months. Nevertheless, 50% said borrowing conditions were unchanged compared to three months ago.