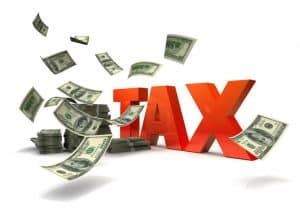 Fannie Mae and Freddie Mac can each invest up to $850 million annually in low-income housing tax credits (LIHTCs), an increase from the previous $500 million cap, announced the Federal Housing Finance Agency (FHFA).

Within the $850 million annual funding cap, any investments above $425 million in a given year are required to be in areas that have been identified by FHFA as markets that have difficulty attracting investors.

This marks an increase in the amount of investments under the cap that must be made in targeted transactions that either support housing in Duty to Serve-designated rural areas, preserve affordable housing, support mixed-income housing, provide supportive housing, or meet other affordable housing objectives.

“Increasing the amount each enterprise can invest in the LIHTC market, especially in areas that have difficulty attracting investors, will help expand the supply of affordable housing across the country,” said acting director Sandra L. Thompson. “Today’s announcement is a part of FHFA’s continued efforts to help alleviate America’s affordable housing shortage.”

The government-sponsored enterprises were given the go-ahead to return to the LIHTC market on a limited basis in late 2017. The companies’ LIHTC investing activities were suspended after being placed into conservatorship by FHFA in 2008 during the housing market crash.

“Freddie Mac has built a robust LIHTC equity investment program, with more than 120 investments in 26 states and Puerto Rico and Guam since 2018,” said Debby Jenkins, executive vice president and head of multifamily for Freddie Mac. “This work has supported the preservation or creation of thousands of units of rental housing, meeting the needs of underserved communities throughout the country. FHFA’s announcement today will allow us to build on this work in the years to come and do so much more to meet the tremendous need for additional safe and affordable housing.”

Fannie Mae also said it will ramp up its activities as a result of the cap increase.

“LIHTC investments are one of the most impactful tools we use to create and preserve affordable housing in underserved markets. Increasing the annual cap allows us to better address the affordable housing supply shortage for low- and very low-income families,” said Michele Evans, executive vice president and head of multifamily, Fannie Mae. “Since our return to the LIHTC market in 2018, we have been able to better serve the multifamily market and play an integral role in addressing our nation’s affordable housing crisis.”

“FHFA’s increase in the cap allows us to continue to play a leadership role in supporting underserved markets and projects, including rural, supportive housing developments, and disaster-impacted areas,” added Dana Brown, vice president, multifamily, Fannie Mae. “We are a steady and reliable presence in the LIHTC equity market. This consistent support was evident over the past year when pandemic-related factors disrupted many markets and economic activities. Throughout this challenging period, Fannie Mae continued its steady pace of LIHTC investments month after month, assuring our LIHTC market partners that we planned to continue to invest throughout 2020 and beyond.”

Fannie Mae has invested in affordable housing developments across the country, including Wellington North in Clarkson, New York, that will provide 50 units for senior residents, with eight designated for disabled tenants. The development is owned and operated by ODS Management.

It also has invested in Apache Manor and Sandy Park Apartments in Tulsa, Oklahoma. The project will facilitate the Rental Assistance Demonstration conversion of 318 public housing units in two properties. The Housing Authority of the City of Tulsa will provide supportive services to all residents.

Freddie Mac’s LIHTC investments also have supported key affordable housing projects, including Mamie Nichols Townhomes, a scattered-site development in the Point Breeze neighborhood of South Philadelphia. Eleven efficiency and one-bedroom units will be available for veterans with special needs, while 22 two- and three-bedroom units will be available to low-income families. Supportive services will be provided by the project’s sponsor, Women’s Community Revitalization Program.

It also is supporting the construction of 36 units of multifamily housing located near Eureka, California, on land owned by the Yurok Indian Housing Authority. The development will include 12 two-story structures featuring flats, townhomes, and rental homes. The property will target families earning no more than between 30% and 50% of the area median income. All 36 units will benefit from a tribal subsidy allowing tenants to pay 25% of their income toward rent. Social services will be provided at no cost to tenants.