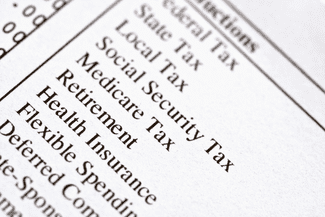 We have had to spend more hours than ever screening people lately.  We are having to cross check owners and employers and even pay stubs.  I spent over 5 hours screening one couple just last week.  The woman had given me pay stubs from Instacart where she said she works full time doing shopping and food delivery.  The stubs looked legit but something seemed off.

At Instacart.com where you cannot reach a live person, I learned I could verify income on a web site.  I registered.  Then I learned it would cost me $39.95 to verify her on this site.  Her paystub had her name misspelled – which potentially meant I would have to run it twice costing me $80.  I charge $30 app fee for two people so paying $80 out of pocket to screen them is not a good thing.  I’d already paid more than $30 for two credit reports.  Her Credit Report said she worked at Instacart but there were enough anomalies that I looked further.

I researched how Instacart pays and found the following:

Instacart pays weekly on Wednesday and these paystubs were Bi-Weekly paid on Monday.

Her stubs were for 80 hours each and the nature of that work is not standard 40-hour weeks.

She said she was an independent contractor but the stubs had deductions for taxes and FICA.

She said she worked for them for 2 years but the stubs and income only reflected 15 weeks of 2021 income.

They also gave us confusing info about current and prior landlords in Toledo and Memphis and it took extra time to track down these things. I found that some prior rental homes were family members and not really a valid landlord.  One I tracked down on the Memphis auditor web site and Google Street View appeared to be a boarded-up property belonging to a family member.  One was Lucas County (Ohio) Metropolitan Housing Authority and it took a few days to reach a person there.  There were name changes – they recently married — and that added to the complexity.

I spent a lot of time and concluded she gave me fake stubs.  We rejected them for a house in Price Hill (Cincinnati, Ohio) where the last tenant used COVID as an excuse.  That woman lied and cheated, blamed the Pandemic even though she worked through the Pandemic, called the local building department to complain about conditions and they came and wrote the property up for a list of minor things including the furnace was installed without a permit (it worked fine).  Because you cannot evict a tenant when there are open orders on the property the tenant complained about (its considered retaliation) we had to get this all resolved before we could evict.  I took over management in the middle – and she lived there 8 months without paying rent despite being employed the whole time.  She knew the game.

There are many fake pay stub web sites out there.  I won’t do anyone the favor of providing them here. 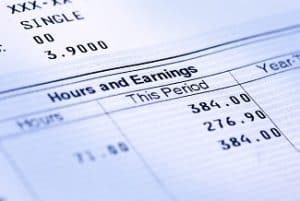 I cannot think of any legitimate use of these.  All payroll systems do this so no one with a real payroll system needs this.  Maybe a small employer would do this – but I don’t know any who do.  If the worker is a 1099, you pay them and issue a 1099 in January.  As far as I can see, this entire set of products is designed to support fraud.  One site I saw had a sentence at the end of every paragraph on their site that said something like “This site is entirely for amusement purposes – use of these paystubs for other reasons may be a violation of the law.”  Every paragraph said that.

In two cases, we have had applicants where the year-to-date income declined or numbers did not add up correctly because these people did not do the calculations correctly over a series of pay stubs.  The web sites for Fake Pay Stubs just do individual stubs – they are not sophisticated enough (thank God) to produce a series of stubs over a 2-month period.

One couple we noticed had different employers but their pay stubs were the same format including the little numbers in the corner.  That was the first case we had and that was the first time I searched online for Fake Pay Stubs – and I found the site they used.  It’s since been used by others.

Today I got a stub from another woman who used that exact same format (I recognized it) and the 10025 check number was the same.

Two even had misspelled names.

One had incorrect employer address – a made up address.

One had no employer name.

One woman doing home health care gave me fake stubs which I only learned when I contacted her employer to verify employment.  They told me this woman was terminated for forgery in May – these stubs were from June and July.

One man gave me fake stubs in April and a fake supervisor and employer phone number (that’s standard).  I found he had been terminated in January.

One woman gave me two stubs from the same employer using different formats.  It may be one was real, but the second was a familiar template.

What’s disturbing is that we can expect these people to end up being unable to pay.  They are applying and getting approved to rent homes and apartments without income.  This will not end well for anyone.

I fear some housing providers who think they may have survived the horrible 2020/2021 COVID nightmare are in for new problems.  Realize they will not even know that their new tenants never had income when they were approved.  They will have been tricked to start with.  This is going to contribute to more landlords selling to owner occupants and getting out of the business – I expect by year end I will have had 40 to 50 owners sell homes to get out of this business, with most selling to owner occupants.