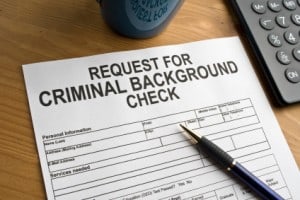 (CNSNews.com) –  As President Obama commutes the sentences of more and more prisoners, his Justice Department intends to make it harder for landlords to deny affordable housing to ex-convicts.

The Justice Department announced on Tuesday that it is involving itself in a legal case in New York brought by a group that  helps “formerly incarcerated individuals” find housing.

The group complained that a 917-unit complex in Far Rockaway, Queens (N.Y.) had a policy of refusing to rent to individuals with prior convictions for felonies or misdemeanors other than traffic offenses. The plaintiff argues that this policy has an unjustified disparate impact against prospective African-American and Hispanic tenants, in violation of the Fair Housing Act.

Although the Fair Housing Act does not forbid housing providers from considering applicants’ criminal records, the DOJ says “categorical prohibitions that do not consider when the conviction occurred, what the underlying conduct entailed, or what the convicted person has done since then run a substantial risk of having a disparate impact based on race or national origin.”

In other words, if landlords have policies banning ex-convicts in general, they could be in trouble if too many of those ex-cons happen to be black or ethnic minorities. It’s called “disparate impact.”

“Women and men who served their time and paid their debt to society need a place to live, yet unlawful housing policies can too often prevent successful reentry to their communities. While not all criminal records policies adopted by landlords violate the Fair Housing Act, we will take action when they do.”

U.S. Attorney Robert L. Capers of the Eastern District of New York said, “Landlords’ categorical refusals to rent to individuals who have served their debts to society can illegally discriminate against those individuals based on their race or national origin.”

There is a growing need for affordable housing for ex-convicts as President Obama frees so many of them.

The Justice Department says when a housing provider’s background-check policy is found to have a disparate impact, the housing provider must “prove with evidence — and not just by invoking generalized concerns about safety — that the ban is necessary.”

Even then, the policy will still violate the Fair Housing Act if there is a less discriminatory alternative.