Distressed Extended-Stay Hotels Are Being Revamped as Apartments

The pandemic increased demand for apartments while demand for extended-stay hotels fell. 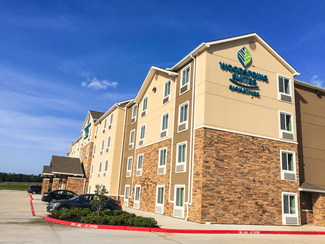 The latest solution to the multifamily supply problem: extended-stay hotels. Multifamily investors are finding tremendous opportunity to convert these properties into apartments—an asset class which has continued to experience rising demand.

“The biggest reason for this trend is the confluence of strong demand for apartment units, which is caused by numerous issues that have been percolating for years across the country, and reduced demand for hotel units, which caused mostly by the pandemic,” David Reina, a partner in Morris, Manning & Martin LLP’s Hospitality Practice, tells GlobeSt.com, noting that extended-stay units are the most commonly converted, not traditional hotel units.

Extended-stay properties are a natural candidate for an apartment conversion, according to Reina, because the layout already supports apartment unit necessities and utilities. “Extended-stay units already have the layout and amenities needed for an apartment unit, namely a suite configuration with kitchen space, so the physical conversion into an apartment unit is less time consuming and expensive,” he says. “Also, one of the biggest housing markets right now is work-force housing, and extended-stay units are particularly well suited for that type of housing with a smaller unit size and fewer overall amenities.”

Multifamily investors specifically are scooping up extended-stay hotels, not hotel owners, which Reina says typically don’t have an interest in pursuing these types of redevelopment projects. “Actually, groups that did both multifamily and hotel deals in the “before times” are best suited for these types of deals because they know how to pick out a hotel or hotel owner that needs to sell, as well as identify assets that will work well as multifamily buildings,” says Reina.

While there have always been hotel-to-apartment conversion projects, they have not happened before at this scale. The dynamics of the pandemic created this opportunity, namely due to the redistribution of demand and distress in the extended-stay market, which has made conversion deals pencil. “When the pandemic effects first hit in earnest in March of 2020, and everyone thought we were going to be back to normal in a few weeks or maybe a month or two, hotel owners were braced for a short-term curtailment of demand and revenue,” says Reina. “But a few months later, when it became clear that the pandemic was going to be a multi-year suppressor of demand, more hotel owners began seeing sales for conversions as a viable exit strategy.”

The pandemic is far from behind us—experts have already located a follow-up to Omicron that could prolong the current surge—and there is plenty of reason to believe that the dynamics that created this trend aren’t going away anytime soon. While Reina says that it is hard to predict the future of hotel-to-apartment conversions, he agrees that the redistribution of demand is a good indicator that this is a longer-term trend. “The demand for housing units is so strong, and so strong across the country,” he says. “It’s hard to see this trend fully abating any time soon, even as the hospitality industry continues to climb out of the hole created by the COVID pandemic.”