Developers Hesitant To Embrace Eco-Friendly Apartment Builds, But Not Forever 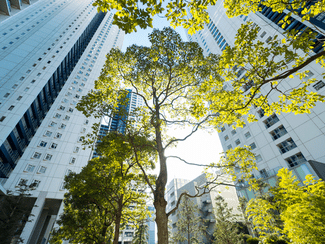 Developers are considering the long-term capital benefit to increasingly energy-efficient multifamily buildings, though the uptake rate is still slow, according to panelists at Bisnow’s Bay Area Multifamily event on April 14.

“At the investment level, I think the argument is being made that having a solar equipped project has a higher NOI, lower operating cost,” BUILD co-founder Lou Vasquez said.

But Vasquez cautioned the concept is still very much unproven, despite some in the institutional capital segment beginning to warm to the idea.

“I don’t think the institutional lending environment is ready for that, but that is starting to turn around,” he said.

Vasquez is skeptical that the financial incentive for developers to build greener is there yet and said that while the conversation surrounding energy-efficient developments is “certainly evolving,” most projects will likely not go beyond Title 24 requirements in California, “unless there is some other political or logistical issue that you are dealing with.”

California’s Title 24 requires developers to adhere to build to minimum energy-efficiency standards. The specific requirements are updated every three years, with 2022’s latest set of regulations slated to go into effect in January 2023.

Meg Spriggs, head of residential at Lendlease, said two emerging demographic trends are spurring demand for more sustainable development: the pandemic and what she called the rise of social values, and the emergence of multifamily renting by Gen Z, which she called the “most eco-conscious generation we’ve seen.”

Investors want to capitalize on those concerns, but there’s a lot of skepticism as to whether doing so will lead to a stronger bottom line.

“There is very little evidence that the market would pay you more rent because your building is eco-friendly,” said Mike Kim, senior managing director at Mill Creek Residential.

Spriggs, however, is optimistic that sustainable upgrades will eventually pay for themselves in long-term gains.

“I think over time, we will see a premium in the residential sector for truly green highly reduced to no carbon footprint, the same way we have in the office sector,” she said.

Environmental consciousness when building and upgrading projects has been touted as a way to bolster affordable housing, but the industry’s hesitation to view environmental initiatives as a way to ultimately increase capital stands in stark contrast to how it has embraced the marketing aspects of such green initiatives within the industry, particularly on the value-add and development side, as well as in amenities.

Kim said that though he does not see sustainability as a primary driver for profitability, particularly because those features come with additional construction costs, it isn’t something Mill Creek ignores.

Mill Creek’s projects aim to generate 23% less energy than is required by building codes, he said. That does, in turn, generate some marginal benefits. Kim and Vasquez also said multifamily development in and of itself is already a boon to sustainability.

“The most environmentally conscious and eco-friendly thing that we can do is build infill, high-density commercial and residential projects into the existing infrastructure,” Vasquez said.

The learning curve for municipalities is a continued roadblock for developers in adopting greener initiatives, Spriggs said. She compared the adoption of new building materials such as mass timber to 5-over-2 designs of higher density podium buildings 20 years ago, which fire departments and building departments also struggled to embrace at first.

“There’s a lot of education involved,” she said.