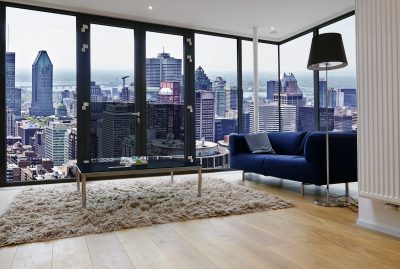 Legal aid providers are uncertain what will happen now that the Indiana General Assembly has enacted a law that is seen as giving more favor to landlords, but they fear it will exacerbate the growing problem of evictions in Indiana and lead to more families being put on the street.

Senate Enrolled Act 148 was passed by the Legislature during the 2020 session but vetoed by Gov. Eric Holcomb in March just as the COVID-19 pandemic was taking hold. Despite bipartisan opposition in both chambers, the veto was overridden with a 30 to 17 vote in the Senate Feb. 8 and a 67 to 32 vote in the House of Representatives Feb. 17.

“It gives the tenants less time and fewer options to get current” on past-due rent, he said. “I think it’s hard to imagine the case where it doesn’t increase evictions.”

However, Elizabeth Maora Sickels, landlord and president of the Indiana Real Estate Investors Association, does not believe the new law will create a surge in people losing their homes. Landlords already have to operate under fair housing guidelines and civil rights provisions, she said, plus removing someone from the property, making repairs and then finding new tenants is time consuming and costly.

“We don’t see it as bad at all,” Maora Sickels said of SEA 148. “The bill upholds the right of property owners to conduct business as they see fit and hold (tenants) accountable” to the terms of the lease. “At the end of the day, the rent has to be paid.”

The legislation as it was introduced during the 2020 session was seen as a rebuke of the housing ordinance the Indianapolis City-Council passed that provided additional protections to tenants.

Jon Laramore, executive director of Indiana Legal Services, pointed out since it is unknown how many other cities and towns around the state have similar ordinances the impact of the law is uncertain. However, within Marion County, the requirement that tenants receive a statement of their rights is now unenforceable.

“That was a helpful way of explaining the landlord-tenant relationship to tenants who otherwise don’t have much understanding of them,” he said.

Following the override, the Indiana Black Legislative Caucus noted the bill was being passed into law during a time when families need stable housing to stay safe from the global pandemic.

“It is unconscionable that Republicans would attack tenant protections while Indiana is staring down an eviction crisis. Up to 313,000 households with 720,000 Hoosiers are at risk of losing their homes,” Rep. Robin Shackleford, D-Indianapolis, said, citing figures from Prosperity Indiana. “With this override, we won’t be surprised when those numbers, and that of Indiana’s COVID-19 cases rise drastically.”

Gov. Eric Holcomb’s office did not respond to a request for comment.

Rep. Doug Miller, R-Elkhart, introduced Senate Bill 148 to the House and outlined its contents before the vote was taken on the veto override. The measure contains its original language that addresses manufactured homes but late in the 2020 session, additional provisions governing the landlord-tenant relationship were included.

Holcomb vetoed the legislation in March 2020, saying potentially displacing families as the COVID-19 public health crisis was forcing people to shelter at home was not appropriate.

Two bills are advancing in the Statehouse that Miller said address the governor’s concern about some of the language in SEA 148.

One of the provisions in SEA 148 prohibits a municipality from enacting an ordinance that would, among other things, regulate the tenant screening process, leasing terms, disclosures about the property, and the rights and responsibilities of the landlord and tenant. Holcomb found the prohibition preventing a city or town from regulating “any other aspects of the landlord-tenant relationship” was overly broad.

House Bill 1541 and Senate Bill 150 both amend SEA 148 by removing the line that troubled the governor.

Miller also asserted SEA 148 gives tenants new protections against retaliatory evictions from their landlords. Tenants who face an eviction in retaliation will be able to get monetary damages.

However, legal aid providers say the exceptions limit those retaliatory protections. Landlords are still able to raise the rent and reduce services at any time.

Most concerning to Haller is the emergency eviction section. Under SEA 148, landlords are now allowed to file a petition for eviction for nonpayment of rent and the courts are required to hold a hearing within three days of the filing.

Haller foresees that by speeding up the process, families could lose their housing before they are even properly served with the notice of the eviction petition. Typically, the eviction process takes a couple of weeks so tenants might have upwards of a month to either find the resources to pay the rent or to find another place to live. With SEA 148, they could lose their home in a matter of days.

“I fail to understand why nonpayment of rent, the most common reason for evictions, is suddenly an emergency,” Haller said. The new law “could have a drastic and negative effect on tenants.”

Maora Sickels countered that landlords also have personal financial concerns during COVID-19 public health emergency. Many landlords, she said, own just a handful of properties and rely on the income from the rent to support themselves. Property owners are working with tenants who are struggling while still paying their own bills for taxes and insurance that increase every year.

“Some are doing fine,” she said of Indiana landlords. “Some are going through hell.”

Currently, the Centers for Disease Control and Prevention’s moratorium on evictions remains in effect through the end of March. However, legal aid providers noted the protection is not as comprehensive as the previous moratorium issued by Gov. Holcomb that expired in August 2020.

To be covered by the CDC directive, tenants are limited on how much they can earn and must have experienced a “substantial loss of income” through a layoff, reduction of work hours, or “extraordinary” medical expenses.

Also, the tenants have to submit a declaration notifying their landlords they are covered under the moratorium.

Laramore said the declaration document is ambiguous. ILS has been advising those who have called for help to submit the paper as soon as possible. Some courts are holding the moratorium does not apply if the tenant has not submitted the declaration before the landlord files the petition for eviction.

The impact of SEA 148 could be felt by Indiana communities long after the pandemic has ended.

“All the studies show that evictions push impoverished people further into poverty,” Laramore said. “Eviction has serious consequences for families (because) … they usually end up in worse housing, their jobs are interrupted and their kids’ education is interrupted.”