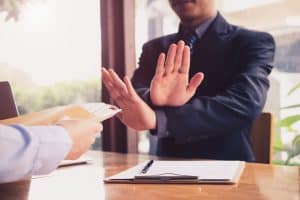 Regional and community banks have a unique problem: Money to lend and not enough borrowers. It’s a far cry from March 2020, when banks were bracing for the possibility of a liquidity crisis and a wave of defaults.

“Their (banks’) biggest problem by far is that they can’t lend money that is flowing in,” said Dick Bove of Odeon Capital Group, a longtime banking analyst.

Lenders like New York Community Bank, Signature Bank, and M&T Bank make much of their profit from commercial and multifamily real estate lending, a segment that is just coming back after shrinking during the pandemic. In New York, about $5.3 billion of commercial property transactions closed in the second quarter, down from $10 billion in the same period of 2019.

Smaller banks are heavily reliant on commercial real estate lending for income, unlike the financial supermarkets like JPMorgan Chase or Citigroup, which make money from trading and providing a range of services to individual and business customers. The real estate industry is also heavily dependent on such regional lenders, among the most active providers of capital to multifamily landlords in New York, including owners of rent-regulated apartments.

While banks’ earnings have been relatively strong, mostly exceeding analysts’ expectations, the small landlords that are their biggest customers are facing unprecedented challenges as state and federal eviction bans have left them with non-paying tenants. Meanwhile, federal aid has been slow to arrive.

But even before the pandemic, the business had changed because of New York’s 2019 tenant protection laws, which made it more difficult to raise rents, evict tenants or shift units out of rent regulation.

“The underlying economics are not as attractive as they were before all these changes,” Cornish said in a recent interview with TRD.

BankUnited’s New York multifamily portfolio declined by $225 million in the second quarter from the previous quarter. Bank executives said it has been reducing the portfolio over the past five years.

“Multifamily in New York has been the big headwind for us,” said Raj Singh, BankUnited CEO, in the company’s most recent earnings call.

Buffalo, New York-based M&T Bank’s commercial real estate loans increased by only 1 percent to $37.5 billion in the second quarter from the prior year, while New York Community Bank saw its multifamily loans increase 3 percent to $32.5 billion, during the same time period.

Bank OZK, the Little Rock, Arkansas bank that made a name for itself by making outsized ground-up construction loans to New York City developers after the financial recession, is increasing lending in markets outside of New York now.

“While we haven’t seen the originations pick back up there [New York City] … I think we’ll be doing more business there,” said Brannon Hamblen, president of Bank OZK’s real estate division, in the second quarter earnings call.

Some banks are turning to acquisitions to diversify their loan books.

In April, New York Community Bancorp, the city’s largest apartment lender, agreed to acquire Michigan-based Flagstar Bancorp in April in a deal valued at $2.6 billion. The acquisition would reduce its concentration of multifamily loans to 56 percent from around 75 percent, according to an investor presentation. Buffalo, New York-based M&T Bank, another active lender in New York’s multifamily space, agreed to acquire Bridgeport, Connecticut-based People’s United Financial for $7.6 billion in February.

“This is the year of the merger’’ for regional banks, said Ken Thomas, an independent banking analyst and former finance professor at the University of Pennsylvania’s Wharton School of Business.

Unlike the financial crisis, when regional banks such as Chicago-based Corus Bank went belly up after large out-of-state construction loans turned sour, the pandemic has yet to yield any banking casualties. Quickly after it began, the Federal Reserve quickly stepped in to provide banks with relief by pledging to buy hundreds of billions of dollars in mortgage-backed securities.

But for banks, especially lenders to landlords, there are still many unknowns. The eviction and foreclosure moratorium has forced banks to defer loans, making it unclear how many are actually in default.

Over the past year, M&T reported that late-stage delinquent loans — composed predominantly of residential real estate debts — more than doubled. As of June 30, 2020, M&T held $535 million in loans over 90 days past due; this year the firm reported $1.1 billion.

On top of that, banks could be in line for stronger regulation under President Biden and a new Federal Reserve chair. This could lead to changes in bank capital requirements and make it harder to obtain approval for mergers and acquisitions.

“Banking is the most heavily regulated industry in the world,” said Thomas, the banking analyst. “When the regulators change and go from a deregulated Trump environment to a re-regulated environment, bankers are going to follow that.”