“Co-living” is the new “having roommates” — with an app

The rise of co-living, explained.

What is old is new again in American cities. People are living with strangers to save money and maintain a higher standard of living than they might enjoy on their own. This time they’re calling it “co-living.”

This particular brand of housing involves renting private bedrooms in dorm-like buildings where living rooms, kitchens, and even bathrooms are shared. This is very similar to the much less splashy trend of “having roommates,” though there are some key differences. 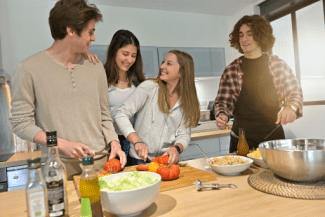 In co-living situations, utilities and WiFi are included, as are a number of amenities, such as house cleaning services and catered parties. These units are often furnished and don’t require long leases, while repairs and billing are handled through an app. Co-living companies, for now, are mostly opening spaces in cities with a significant number of tech workers, and they frequently mention the words “community” and “technology” in their ad copy.

“It’s about keeping the good parts of having roommates and getting rid of as many annoyances as possible,” Brad Hargreaves, the CEO of the co-living company Common, told Recode. “People had roommates but were running into lots of challenges that smart design and technology can solve.”

While co-living is by no means going to replace traditional roommate arrangements anytime soon, it is becoming more popular. In the next few years the number of units offered by major co-living companies in the US is going to triple to about 10,000 according to a new report by real estate firm Cushman & Wakefield, which provides an in-depth look at the state of co-living.

According to the study, major co-living companies — including Common, Ollie, Quarters, Startcity, X Social Communities, and WeLive, which is run by the co-working company WeWork — currently have just over 3,000 beds in the US, mainly in major cities. That supply has not been able to meet demand, so these companies are expanding.

Co-living companies are marketing themselves by straddling the line between new-agey utopian axioms — “The new way of living is inhabiting time, space, and place that stirs inspiration inside of us,” reads WeLive’s website — and motivational tech speak — “Relentlessly improve,” says X Social Communities.

It’s a combination that’s become increasingly popular among the tech set and can seem like Soylent mixed with Kool-Aid.

Co-living is geared toward young tech workers, though some co-living companies go to great pains to say that their target markets are broader.

“WeLive members run the gamut from young people moving to a new city, to parents with small children, to commuters who want to cut down on their daily travel time, to retirees and empty nesters, and everything in between,” WeLive told Recode in a statement. The company would not offer specifics on the demographic breakdown of its tenants.

WeLive currently has two locations, one in New York City and one in Crystal City, Virginia, where Amazon will open its HQ2 headquarters. WeLive is opening its third location in Seattle next year.

The co-living company Quarters, which has US locations in Chicago and New York, targets “tech and creative industry professionals” in the millennial and Z generations. The average tenant age for Quarters ranges from 23 to 28 years old, depending on the building.

What’s causing the rise in co-living

A number of intersecting social and economic factors have made the idea of co-living attractive to some city dwellers — and investors — over the past few years.

Common, like several other co-living companies, is near full occupancy across its portfolio, which includes New York, Chicago, San Francisco, Seattle, Los Angeles, and Washington, DC, locations. Meanwhile, investors have given the sector hundreds of millions of dollars in the last 18 months.

Housing prices are greatly outpacing wages in the US, meaning that paying for a place to live is consuming an even bigger portion of people’s paychecks. And as capital and people continue to flock to urban centers, the problem has been exacerbated. More people competing for limited housing stock has caused the prices of renting and buying in popular cities to skyrocket for all kinds of housing.

Additionally young people, saddled with student loans and lacking the upward mobility of their parents, are staying single longer and having children later, meaning there’s less of an impetus to buy a house — even if they could afford to do so.

Social factors play a role, too.

It’s not a coincidence that co-living spaces are cropping up in tech cities like San Francisco, Seattle, and New York. Co-living can in some ways be seen as — and is in fact pitched as — an antidote to the isolation of our increasingly tech-enabled lives.

“Loneliness is a huge problem for young professionals,” Quarters founder & CEO Gunther Schmidt told Recode. “Imagine moving to a new city to start a new job and you don’t know anyone. Co-living opens you up to an instant community and connections. We have community events for our members to socialize, have fun, and develop genuine relationships.”

Marketers love saying that millennials love experiences. Living with others is certainly that.

Is co-living worth it?

Like many things tech, co-living is an old idea in shiny new packaging. Some version of this — whether it’s boarding houses in industrializing countries or multi-generational households worldwide — has long existed.

But whether co-living renters are getting more for less or less for less depends on your perspective.

Co-living prices vary depending on amenities and privacy levels, but in general, co-living spaces tend to cost at or near market rates. Because more areas are shared, property owners are making more money per square foot than they do from traditional housing.

A one-bedroom unit at WeLive’s Wall Street location costs $3,845 per month, while a studio costs $3,175 (both include private beds, bathrooms, and small living areas). That’s about the same as the median price of a one-bedroom apartment in the neighborhood: $3,330 according to real estate site Zumper. At Common’s Williamsburg Brooklyn location, a private bedroom in a suite with a shared bathroom and other roommates starts at $2,130. The median price for a full one-bedroom apartment elsewhere in Williamsburg is a bit more, at $2,840. Quarters says its bedroom units are priced 10-20 percent less than studios with similar amenities in the same areas. Common says its rooms are 30 percent less. 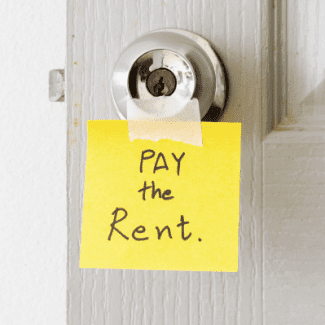 Living in regular roommate situations — where several people split a multi-bedroom apartment or house — can cost substantially less. However, that requires renters to take care of some of the trickier parts of living with strangers (or friends): finding and vetting roommates, splitting utilities, and cleaning the common areas.

“From the perspective of urban development, it is beneficial for cities to have more buildings like ours to deliver housing to more people for less space,” Quarters’ Schmidt told Recode. (In New York, the city has asked developers for less expensive co-living projects with its program ShareNYC, so it’s possible more affordable co-living situations will come about in the next few years.)

For tenants, the appeal of co-living is in the perks. They’re able to get higher-quality amenities and services — gyms, laundry, house cleaning — than they would without splitting the costs among others. The shared areas are also often nicer than a single renter could afford on their own.

Convenience has value, especially for those who are both time-strapped and well-heeled, so things like app-based transactions and flexible leases are other pluses. Co-living companies also boast less-tangible offerings like “community” and “authenticity,” whose worth depends on the value you assign it.

Is co-living really going to happen?

The social and economic trends listed above certainly make co-living seem feasible, but whether it will catch on beyond a niche market in the US is uncertain.

Housing affordability remains a major issue, so co-living could ostensibly alleviate the problem — but at the current high-end price points, it’s not for everyone.

Smaller living accommodations are popular abroad, especially in Asian countries where urban density can be more extreme than here. Studios in Hong Kong, for example, are often around 200 square feet, less than half the size of the typical studio in New York. As a result, the co-living trend is much more established in Asia. In general, American homes have some of the highest square footage in the world, so a broader move to co-living might require a bigger cultural shift here than elsewhere.

How people live and spend their time is personal and tricky. Still, seismic changes in how we are willing to live have happened before in the US. Case in point: Remember how a few years ago people thought Airbnb’s idea to let strangers vacation in your home was creepy? It’s now widely accepted as a threat to hotels.

And to be a viable industry, co-living doesn’t actually have to grow that much.

“Real estate is so big and so fragmented,” Common’s Hargreaves said. “Even if just 0.1 percent of Americans chose a co-living environment over a traditional roommate situation with people found on Craigslist, this would be a massive multi-billion dollar business.”