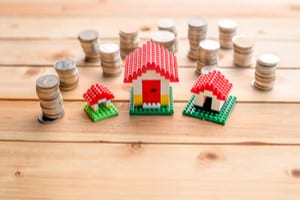 While the eviction moratoriums could be problems for many landlords, Class A apartment owners aren’t as concerned about their impact on their portfolios.

“Fundamentally, we don’t think these eviction moratoriums are negatively affecting us,” Ric Campo, Chairman and CEO of apartment REIT Camden, who says his company has had no layoffs and gave bonuses to onsite workers. “In terms of the CDC [eviction moratorium], it’s just not affecting us that much because our renters aren’t affected as much..”

Campo says there are a couple of reasons for that. Primarily, his average resident makes more than $100,000 a year. “Our residents are not as concentrated in hospitality and the areas that are more difficult from a job perspective,” Campo says. “So they haven’t been as negatively affected job-wise as the most vulnerable people.”

Still, Campo recognizes eviction moratoriums pose a problem for many landlords. “If you think about somebody who is a dishwasher, maid or a porter at a hotel, they’re just getting hammered [by the economy], and they’re not in a $1,500 a month apartment,” he says. “They’re in a $500 apartment. Those folks are definitely the most vulnerable people in America and are the ones they’re suffering right now, not the middle-income folks.”

While owners of lower B and C apartments might be struggling now, Campo says there are still a lot of tailwinds behind rental housing.

“People still need a place to live,” Campo says. “If incomes were falling across America and we had 20% unemployment, that’s a problem. But before the pandemic, we were at peak supply in terms of deliveries for multifamily nationwide. We had enough job growth to take in that supply and grow the rents 3% or 4%. All of our markets were doing well before the pandemic, and the apartment business was generally doing well.”

The housing crisis before the pandemic hasn’t disappeared. “We still have all of the same housing issues out there,” Campo says. “People need a place to live. The millennial generation is growing, and you still have people that do have jobs. And once we get past the pandemic, I think you’ll have a decent recovery.”

But right now, not all markets are performing as well as others. Camden’s home market of Houston is struggling and the company’s occupancy has fallen 200 basis points in the market since the pandemic began.

“It’s weak because the supply and demand fundamentals were weak going into the COVID situation and energy has been negatively affected,” Campo says. “Energy had issues and 2019. That has been a double whammy.”